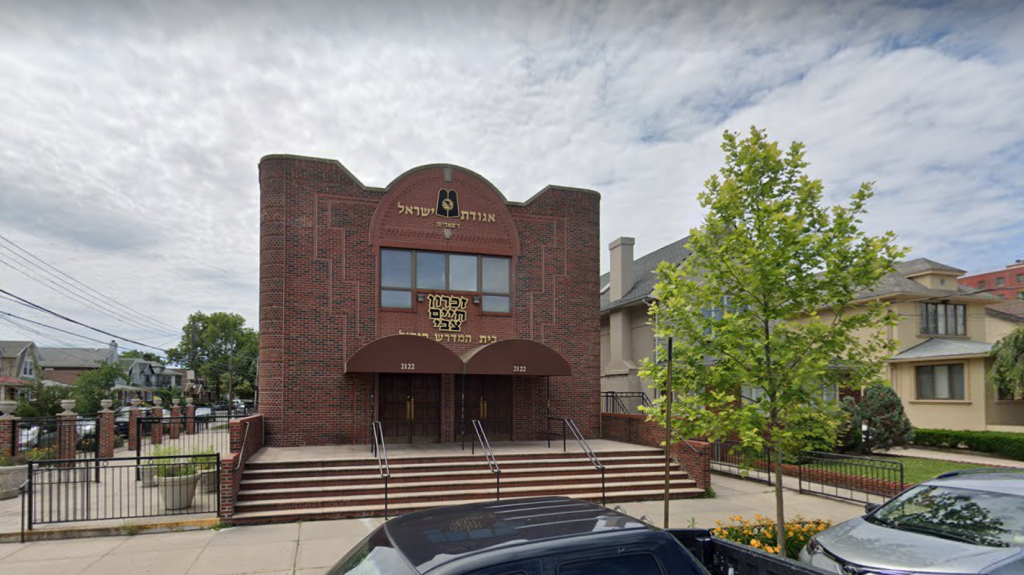 Agudath Israel and the Brooklyn Catholic Diocese have filed separate applications to the U.S. Supreme Court for an emergency injunction against New York Gov. Andrew Cuomo’s “Cluster Action Initiative,” claiming that its restrictions on houses of worship are an unconstitutional violation of religious liberties.

The Initiative “expressly singles out ‘houses of worship’ by that name for adverse treatment relative to secular businesses, and does so in a way that is not narrowly tailored to any compelling government interest,” says the Diocese’s suit, filed last week.

“The Governor’s targeting of a religious minority for blame during a pandemic, falsely tarring them as perpetrators rather than victims of the virus, is incompatible with the Free Exercise Clause,” says the Agudah suit, filed Monday.

Agudah and the Diocese, as well as other groups, filed suits against the Initiative. Agudah’s and the Diocese’s requests for a temporary restraining order and preliminary injunction were first heard on Hoshana Rabbah, and denied, by separate federal judges of the Eastern District of New York. Their requests for a preliminary injunction pending appeal before the Second Circuit were heard together, and denied last Monday by a 2-1 decision.

These applications by Agudah and the Catholics for a Supreme Court injunction represent the groups’ final opportunity for an injunction before the case is heard on the merits, in mid-December, by the Second Circuit.

Agudah and the Diocese argue that Cuomo has discriminated against religious activity, and that these restrictions don’t meet the requirements established by Supreme Court precedent that they be “narrowly tailored” to be the “least restrictive” possible – as evidenced by Cuomo’s own comments. In a conference call the governor held with Jewish leaders in early October, which was leaked to, and published exclusively by, Hamodia.com, Cuomo said, “This is not a highly nuanced, sophisticated response. This is a fear-driven response, you know. This is not a policy being written by a scalpel; this is a policy being cut by a hatchet.”

The Diocese’s brief focuses on what it deems to be the governor’s unconstitutional disfavoring of religion, as evidenced by the fact that businesses are permitted to remain open in the restricted zones – in the red zones, those businesses considered “essential”; and in the orange zones, all businesses except specific ones deemed high-risk, such as gyms, salons and barber shops – without occupancy limit, while houses of worship may be limited to 10 or 25 people regardless of their size.

“The State has thus made a ‘value judgment’ that certain secular activities, ranging from supermarket shopping to working in a nine- to-five office job, are more worthy of maintaining in times of crisis than is religious worship,” says the Diocese brief (internal quotations to previous cases). “The State permits, for example, a local bodega or hardware store to remain open without ‘any . . . occupancy limitation,’ while the Diocese ‘must comply with numerical occupancy caps, no matter how many people their sanctuaries might accommodate while maintaining six feet of distance between non-household members’ … And it assumes that ‘someone [can] safely walk down a grocery store aisle but not a pew.'”

Moreover, the Diocese argues, “the fact that numerous comparable secular business are not subject to the fixed-capacity restrictions made applicable to ‘houses of worship’ shows that these are not the least restrictive means of combatting the spread of COVID-19. If many secular businesses can be trusted to operate safely without onerous capacity restrictions, so, too, can churches.”

The Agudah suit focuses on what it describes as Cuomo’s specific targeting of Orthodox Jews in his Cluster Action Initiative.

In public statements around the time the Initiative was enacted, Cuomo said that a recent spike in COVID-19 cases was “predominantly an ultra-Orthodox cluster,” and that he planned to “meet with members of the ultra-Orthodox community tomorrow,” and tell them that “we’ll close the [religious] institutions down” if “you do not agree to enforce the rules.”

Cuomo also said,“We’re now having issues in the Orthodox Jewish community in New York, where because of their religious practices, etc., we’re seeing a spread.”

Speaking on CNN, Cuomo said, “We have a couple of unique clusters, frankly, which are more religious organizations, and that’s what we’re targeting,” and that “the issue is with that ultra-Orthodox community.”

According to the Agudah suit, “The Governor publicly asserted that other Orthodox Jews had violated his prior rules, and therefore the Governor imposed severe restrictions on worship across several Orthodox Jewish neighborhoods. Applicants themselves are not alleged to have violated any public health or safety rules. To the contrary, they have carefully and successfully complied with mask requirements, social distancing, and capacity constraints. Yet the Governor’s guilt-by-religious-association restrictions have made it impossible for Applicants and their members to exercise their religious faith.”

Moreover, Agudah argues that Cuomo’s targeting of Orthodox Jewish areas is evidenced by the governor imposing less-severe restrictions on other areas with higher positivity rates. For example, on October 27, while parts of Broolkyn with large Orthodox Jewish communities were in a red zone with a 4.23% COVID-test-positivity rate, upstate areas that don’t have Orthodox communities but had higher COVID rates, were in less restrictive zones, such as Broome County (8.04%, yellow zone) Steuben County (4.44%, yellow zone) and Chemung County (7.8%, orange zone).

Agudah argues that New York can fight COVID with less restrictive means that would make it constitutionally permissible.

“New York’s regime is … far more severe than other jurisdictions with similar rates of COVID-19 infection,” Agudah says. “Maryland allows for houses of worship to open at 75% capacity. In Washington, D.C., houses of worship can accommodate 50% of their capacity, up to 100 people. And Virginia completely exempts religious services from its numerical cap on gatherings provided attendees comply with basic precautions like mask-wearing and social distancing.”

Agudah is asking the Supreme Court to grant an emergency injunction by 3:00 p.m. this Friday, so that shuls can be open this Shabbos at greater capacity.

The full Agudah filing, which is being brought by attorneys at the Troutman Pepper firm, and the Becket Fund for Religious Liberty, is available here.

The full Diocese filing, which is being brought by attorneys at the Gibson Dunn firm, is available here.

Also Monday, two shuls in Monsey that had filed a separate case against the restrictions dismissed their claims without prejudice. The case, brought in the Southern District of New York, may be refiled at a later date. Attorney Ronald Coleman told Hamodia, “We’re regrouping and looking at the new facts on the ground.”