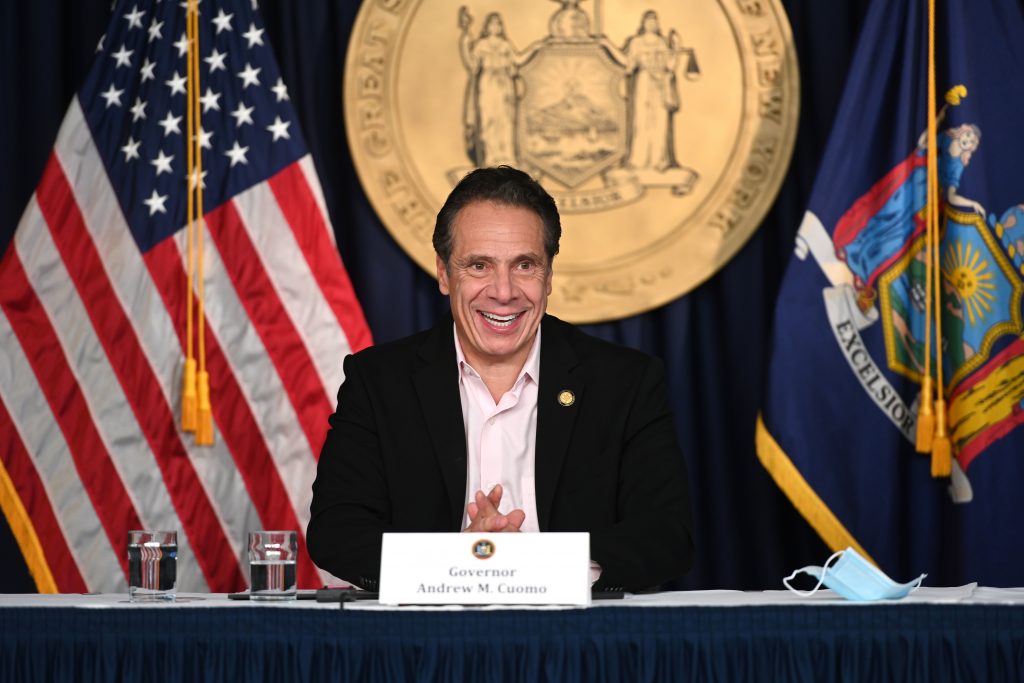 A federal appellate court has denied motions by the Roman Catholic Diocese of Brooklyn and Agudath Israel for a preliminary injunction against New York Gov. Andrew Cuomo’s “Cluster Action Initiative,” an executive order that limits attendance at houses of worship, amid other restrictions, due to a COVID-19 uptick in parts of the state.

While the Initiative “burdens the Appellants’ religious practices, the order is not ‘substantially underinclusive’ given its greater or equal impact on schools, restaurants, and comparable secular public gatherings,” according to the ruling Monday by a panel of judges on the U.S. Court of Appeals for the 2nd Circuit..

Judges Raymond Lohier and Jed Rakoff, the majority of a 2-1 decision, said that the limitations imposed on houses of worship were not greater than – and in some cases less-severe than – other restrictions. For example, in the most-restrictive “red zones,” non-essential gatherings of any size are banned, but houses of worship may hold services with 10 people or 25 percent of their maximum occupancy, whichever is fewer.

“The Court fully understands the impact the executive order has had on houses of worship throughout the affected zones,” the majority wrote. “Nevertheless, the Appellants cannot clear the high bar necessary to obtain an injunction pending appeal. The challenged executive order establishes zones based on the severity of the COVID-19 outbreaks in different parts of New York. Within each zone, the order subjects religious services to restrictions that are similar to or, indeed, less severe than those imposed on comparable secular gatherings” … Thus, while it is true that the challenged order burdens the Appellants’ religious practices, the order is not ‘substantially underinclusive’ given its greater or equal impact on schools, restaurants, and comparable secular public gatherings … To the contrary, the executive order extends well beyond isolated groups of religious adherents to “encompass both secular and religious conduct” (emphasis included).

In dissent, Judge Michael H. Park argued that the Cluster Action Initiative indeed discriminates against religion, noting that “essential” businesses are permitted to remain open in red zones with no occupancy limits.

“The Governor’s public statements confirm that he intended to target the free exercise of religion,” wrote Park. “The day before issuing the order, the Governor said that if the ‘ultra-Orthodox [Jewish] community’ would not agree to enforce the rules, ‘then we’ll close the institutions down.’”

Park argued that the Cluster Action Initiative was not narrowly tailored to be as least-restrictive as possible, as required when imposing limitations on First Amendment rights, citing comments by Cuomo himself that the Initiative was “not a policy being written by a scalpel,” but “a policy being cut by a hatchet.” Cuomo made these comments hours before the restrictions were announced on Oct. 6, in a conference call with Jewish leaders, a leaked recording of which was published exclusively by Hamodia.

“The fixed capacity limits do not account in any way for the sizes of houses of worship in red and orange zones,” Park wrote. “For example, two of the Diocese’s churches in red or orange zones as of October 8, 2020 seat more than a thousand people. But the order nonetheless subjects them to the same 10-person limit in red zones applicable to a church that seats 40 people. Such a blunderbuss approach is plainly not the ‘least restrictive means’ of achieving the State’s public safety goal.”

Park also argued that the capacity limits “bear little relation to the particular COVID-19 transmission risks the Governor identifies with houses of worship, such as ‘singing or chanting’ and mingling before and after services.”

“Churchgoers and daveners remain subject to generally applicable distancing and mask requirements, so the additional capacity limits assume that worshippers— unlike participants in ‘essential’ activities—will not comply with such restrictions,” Park wrote, and, citing a recent ruling from another appellate court, argued that Cuomo may not “assume the worst when people go to worship but assume the best when people go to work or go about the rest of their daily lives in permitted social settings.”

Restrictions under the Cluster Action Initiative have been significantly reduced in the plaintiffs’ areas since they were instituted. Schools in red and orange zones were initially closed, but last week were permitted to open with testing protocols.

The Agudah case was brought on behalf of shuls in Kew Gardens Hills and Bayswater in Queens, and Madison in Brooklyn. Brooklyn no longer has a red zone, only an intermediate-level orange zone and least-restrictive yellow zone. Central Queens has only a yellow zone, and Far Rockaway is not in any restricted zone.

Cuomo’s office did not respond to Hamodia’s request for comment on the ruling.

In a statement Monday evening, Agudath Israel said it was “disappointed” that the court denied its request for an injunction, but that the governor’s recent easing of the restrictions is “more important than a court victory.” The organization said it “looks forward to working with the Governor’s office to balance keeping Orthodox Jewish communities safe while respecting and protecting all freedoms, and especially religious freedoms, a freedom Agudath Israel will never waver defending.”

Monday’s ruling was a denial of Agudath Israel’s and the Diocese’s requests for a preliminary injunction pending hearing of their appeals. The actual appeals will not be heard before mid-December.