Israel 350% Rise in Grassroots Terror in Yehudah and Shomron
Israel 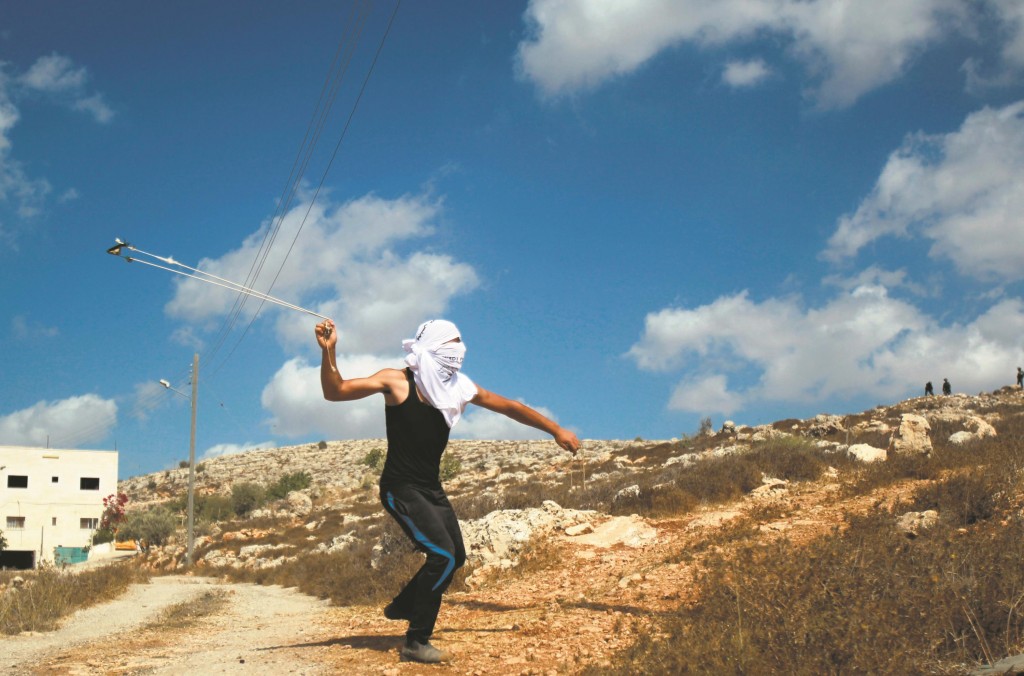 There has been a significant rise in grassroots terror activity and overall disruption of order in Yehudah and Shomron since Operations Brother’s Keeper and Protective Edge.

These include incidents of live fire during widespread demonstrations, and the expanded use of exploding burning tires. There has been a dramatic 350 percent increase in the overall number of terror incidents in the Ephraim region since July, in the period between Shuvu Achim and Protective Edge.

“If in the past, such riots lasted some two hours, they have been lasing as long as eight hours,” a senior IDF officer stationed there said. “If several months ago a burning tire was just that, a burning tire, today, routine is that it is an incendiary device, as a gas tank is placed inside the burning tire.”

In addition to the rise in the number of terror incidents, there has also been a shift in the character of the attackers. There is a real and present danger when facing off with a single terrorist, but in recent months forces have encountered a trend of lone terrorists cropping up from among rioters during demonstrators, or live fire is suddenly shot from a crowd of demonstrators.

“These changes only underscore the fact that the most important thing is assessing the ongoing situation. We have to realize where the next event is going to occur, which is why we are not sitting and waiting, but rather constantly deployed and at the ready,” the officer explained.

Despite the challenges in the region, the brigade in the Ephraim region has noted a marked improvement in the mitigation of smuggling and infiltration of illegals into Israel, a figure that they attribute to the cooperation between the IDF and the Border Patrol.

“Most of the activity in the field is done together with the Border Patrol, where on the one hand, the fence provides a good solution, and on the other, the state of alert is critical,” the officer concluded.

The figures were released as part of a day during which the operational standards of the Yehudah and Shomron Brigade were displayed in the town of Karnei Shomrom. All the commanders of the brigade were present.

The gathering takes place once a year, and it is used to present the operational standards expected of each soldier who serves throughout the region. The gathering is divided into two parts: the information part, when the numbers of the previous year are presented and the standards are formulated, and the practical part, where work done at checkpoints, outposts and “pillbox” guardhouses is displayed.