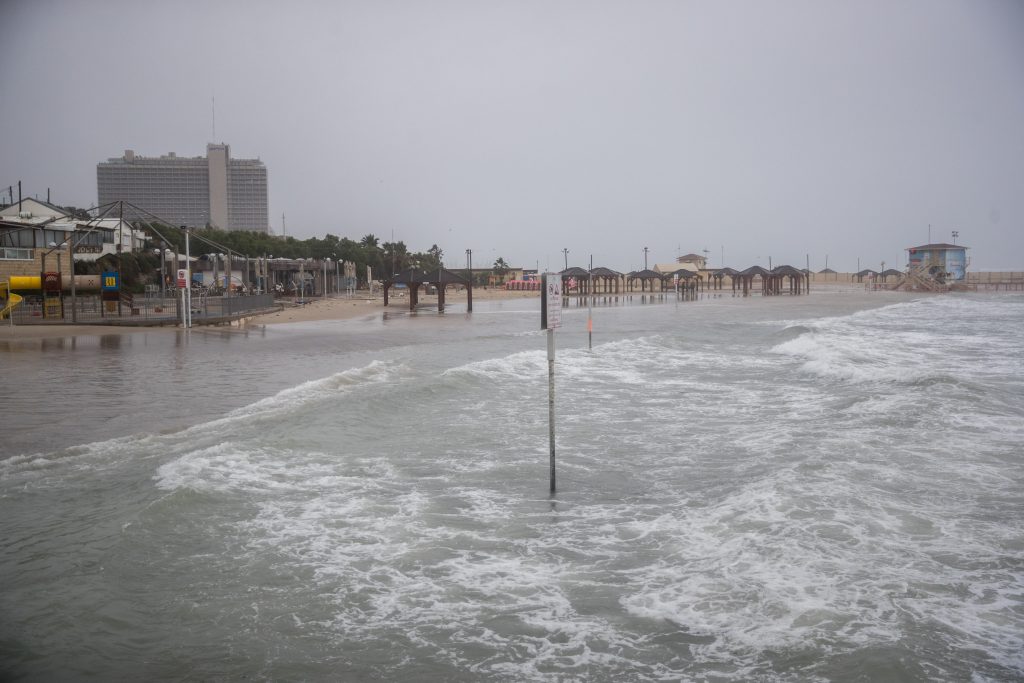 The body of a man whose vehicle had been swept away in flooding Sunday was found early Monday, as the weekend storm that hit Israel claimed its fourth life. Ali Agbaria of the northern Israeli village of Ar’ara was found inside his vehicle in Nachal Dalia, right off Road 6. The highway was closed in the area for about an hour as rescue workers extricated his body from the vehicle. Officials said that he had been driving on a country road Sunday and had tried to cross the riverlet, but the vehicle was overcome by a flash flood.

On Sunday, authorities said they had found the remains of 72-year-old Eran Hernshtat of Binyamina, whose vehicle was also swept away in a flash flood. He was driving on a street in Binyamina that runs next to a riverlet when he lost control of his vehicle, driving into the channel. He was apparently unable to get out of the vehicle, and drowned inside. Meanwhile, a search is still on for a man in his 50s whose vehicle was swept away in a flood Sunday in Nachal Taninim in northern Israel. Two passengers who were in the vehicle managed to get away, alerting rescue workers to the missing driver.

Meanwhile, the levayah for the victims of Shabbos’s drowning in south Tel Aviv was held in Sunday in a Petach Tikvah cemetery. Dean Shoshan and Steve Harari died when they drowned in an elevator that was overcome by floodwaters, as enormous amounts of rain fell on central Tel Aviv on Shabbos. The two were attempting to reach the underground garage of their apartment building in the Hatikvah neighborhood when the waters entered the elevator and trapped them. A third person was critically injured in the incident.

The incident occurred after nearly 80 millimeters of heavy rain fell on the area in the space of just a few hours. The rain overwhelmed the drainage systems in the area, and the water level quickly rose in the garage. The couple were on their way to check the condition of their car when the tragedy occurred. Seven rescue teams attempted to extricate the couple, and scuba divers dove down into the garage searching for the victims, attempting to remove the roof of the elevator underwater.

Residents complained that rescue teams took a very long time to come to the scene, while others blamed the city for failing to develop a drainage system that would allow for the efficient removal of water. Tel Aviv Mayor Ron Huldai on Sunday rejected those allegations. Speaking to Yediot Acharonot, Huldai said that “the drainage system in the south of the city is as good as anywhere else in the city, including north Tel Aviv. We prepare for these things as best as we can, knowing that the system can handle only a certain amount of rain. To those who suffered and did not get the response they sought, I apologize. If it turns out that I am the reason that two people died, I am prepared to resign,” he added.