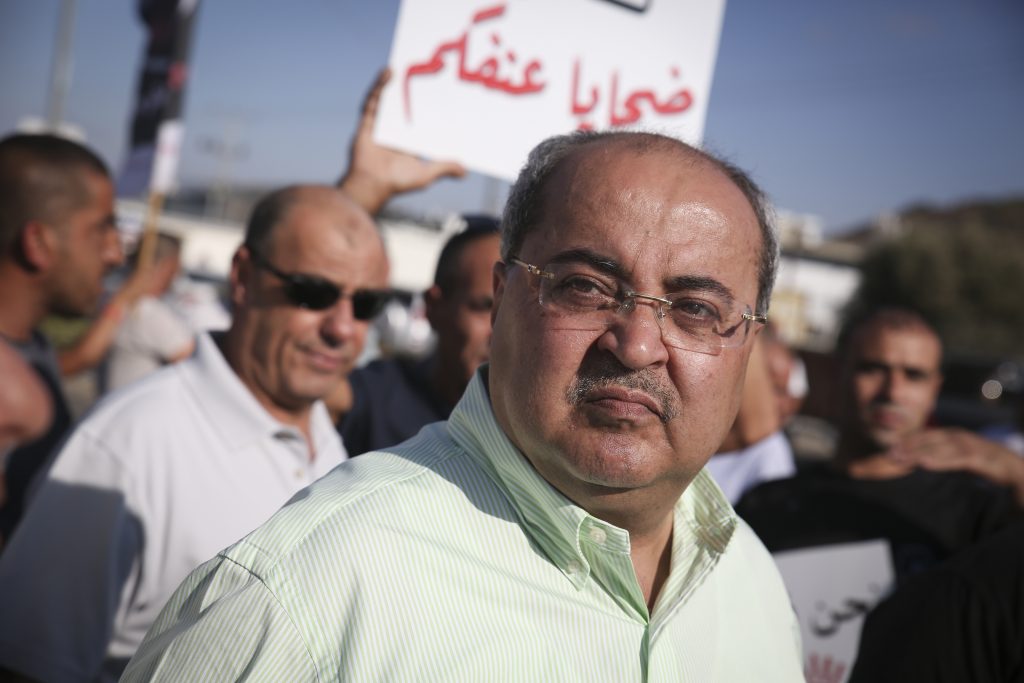 Drivers commuting to both the Tel Aviv and Yerushalayim areas on Thursday were experiencing major delays, as Arabs took to the roads with a slow-moving convoy to protest violence in the Arab sector. Hundreds of vehicles converged on Road 6, driving very slowly, causing major tie-ups along the way. Vehicles from villages in the north and the Negev joined in, and proceeded to the Latrun Junction, from where they proceeded to Yerushalayim, on their way to the Knesset.

Later in the day, Arab MKs are set to meet with Public Security Minister Gilad Erdan, and they plan to demand more police protection for Arab communities. The MKs will present Erdan with their own plan on how to deal with the problem. “We will present our demands and our recommendations for reducing crime in the Arab sector,” MK Ahmed Tibi said.

The protest and the meeting come after comments by Erdan earlier in the week that sparked controversy. The Arab MKs had scheduled the meeting with Erdan before those comments were published, and afterwards said they would cancel the meeting – but decided to attend it anyway, “because of the emergency facing our community,” said United Arab List head Ayman Odeh.” It is unacceptable that we have to break all the rules to get police to protect our citizens, who have the right of all citizens to security and life. We will enter the meeting with tens of thousands of protesters supporting us.”

Erdan said in the interview Monday that if members of the Israeli Arab community wish to understand why they are experiencing so much violence, all they had to do is look in the mirror – because their violent culture is the main reason gunfire, rioting and knife attacks are so common in those communities. Speaking to Radio Yerushalayim, Erdan said that Arab society is “very, very – repeat very 1,000 times – violent. This is part of their culture. Disputes that among us end up in court are resolved there by someone pulling out a knife or a gun.” The issue was not, as Foreign Minister Yisrael Katz said Sunday, a matter of police priorities. “I am not only sorry he said that statement, I disagree with it,” Erdan said. “We are talking about a society where a mother will give her son permission to kill her daughter because she is going out with a boy that is below the family’s dignity.”

Responding to the comments, Odeh said that “instead of taking responsibility for the security of citizens of Israel, Erdan prefers to hide behind racist claims and to blame the murdered victims. He is forgetting basic facts. The number of those killed in Arab towns before the events of October 2000,” after which tension grew in the relations between police and the Arab community, after 13 Israeli Arabs were killed in rioting, “was the same as the Israeli national average. After that – when police abandoned our communities – it began to climb. Crime in the Arab community is not cultural, but the result of governmental racism. There is no place in the year 2019 for a minister who sees us as enemies and uses such racist epithets.”