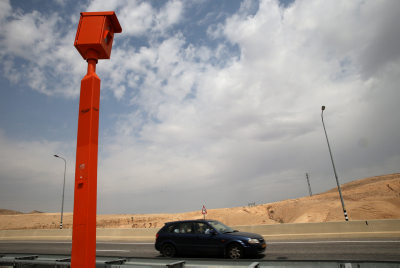 Among the offenders were 680 drivers who used a cellphone while driving; each was fined NIS 1,000 and given 8 points on their licenses. Some 500 drivers were pulled over for failing to give other drivers right-of-way. Thirty of these drivers had their licenses suspended. In addition, police told 100 drivers that their vehicles needed to be taken off the road until requisite repairs were made. 730 drivers were fined for speeding, and 650 tickets were written for drivers whose vehicles had a safety issue.

Earlier in June, all tickets that were written for drivers who were caught speeding by cameras on highways were cancelled by order of the Tel Aviv District Court, and police are for the time being no longer writing tickets based on the results of those tickets. Those tickets have long been the subject of complaints by drivers, who say they could prove that they were not speeding, and that they had been unfairly called out. There are several long-running lawsuits in various courts, and on several occasions the High Court has also ruled that tickets issued in specific cases were invalid. The lawsuits prompted police to investigate the accuracy of the cameras, but, according to the report, the department was surprised to find that, indeed, they are not accurate – hence the order to hold off from issuing tickets.

There was no word on when tickets would again be issued. Similarly, police have not commented on the possibility that drivers who did get tickets and paid them would demand a refund, given that, according to police, they have more or less admitted that the cameras are inaccurate. In a statement, police said that “we are examining the situation. With that, we stress that the cameras will continue to operate and will continue to record driver activity and speeding. A decision on whether to issue tickets to those drivers will be made after our examination.”