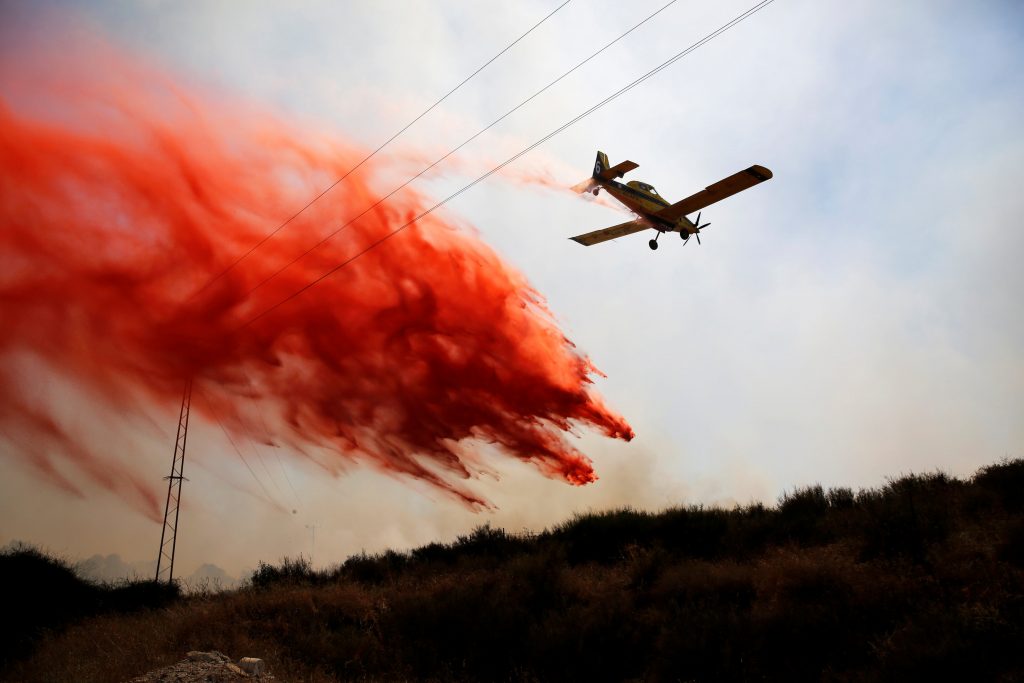 The Knesset Foreign Affairs and Defense Committee on Monday approved for legislation a measure that would force the Palestinian Authority to compensate Israeli farmers who have suffered losses due to terror kite attacks by Gaza Arab terrorists that have burned hundreds of dunams of crops. The law will also apply to other acts of terror that the PA is responsible for. The money to compensate farmers will be deducted from aid Israel provides to the Palestinian Authority, as well as taxes and duties Israel collects on behalf of the PA.

The measure that was approved does not allow the government any flexibility on cutting PA funds. If the bill is approved, the government will be obligated to tally the losses due to the fires, and withhold the commensurate amount from monies that are supposed to be transferred to the PA. Imports to the PA come via Ashdod Port and are then transported to PA cities, with Israel transferring customs and duties payments to Ramallah. It is that money that will be used to compensate farmers.

In the past, Israel has used the same tactic to force the PA to pay its bills to the Israel Electric Company and other utilities. The tactic has also been used to punish the PA for providing funds to terrorists who are in Israeli prisons.

The bill was proposed by MK Elazar Stern (Yesh Atid), who said that “the bill corrects an historic injustice. This law will limit terror, and is one that is in line with the basic morality of all humanity. It is not clear why such a law has not been legislated until now.” Prime Minister Binyamin Netanyahu congratulated the Committee for approving the bill, saying, “This is true justice. Those who burn down fields will pay.”