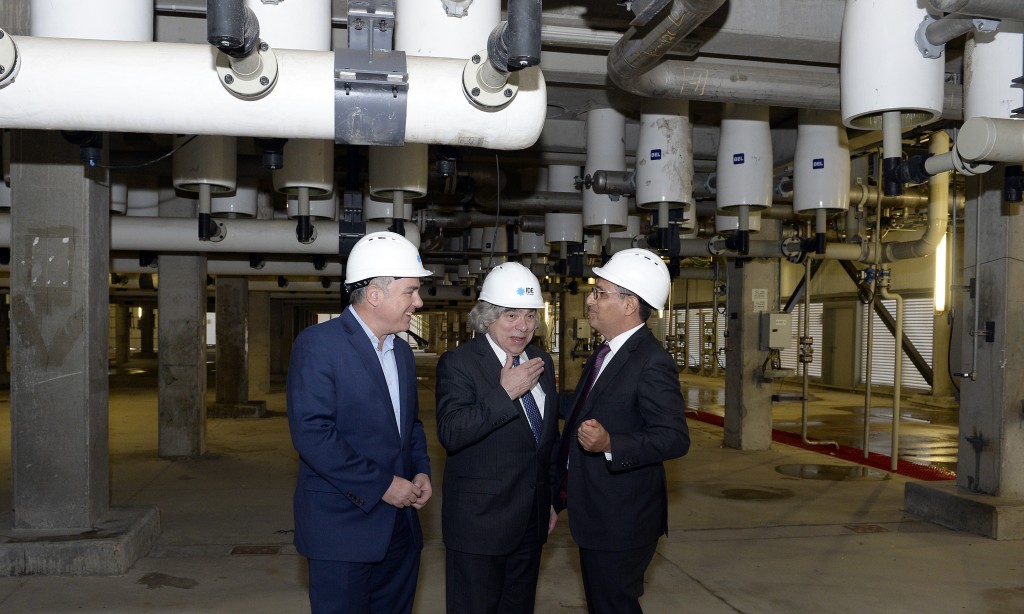 American and Israeli energy officials signed an agreement in Yerushalayim on Monday to promote cooperation in the development of natural gas, oil, water and defense of the networks involved, The Jerusalem Post reported.

They said that the agreement, to be in effect until 2024, encouraged collaboration on “smart” network technologies, desalination and water treatment, and methods to protect resource networks from physical and cyber threats.
“I am convinced that energy cooperation is going to broaden in the coming years,” Steinitz said, as he thanked Moniz for his cooperation and friendship. He said the agreement was further proof of the warm ties between the two nations.
Moniz arrived in Israel for the first time on Sunday and will be speaking Tuesday at the 8th annual Conference of the National Committee for Energy in Tel Aviv.