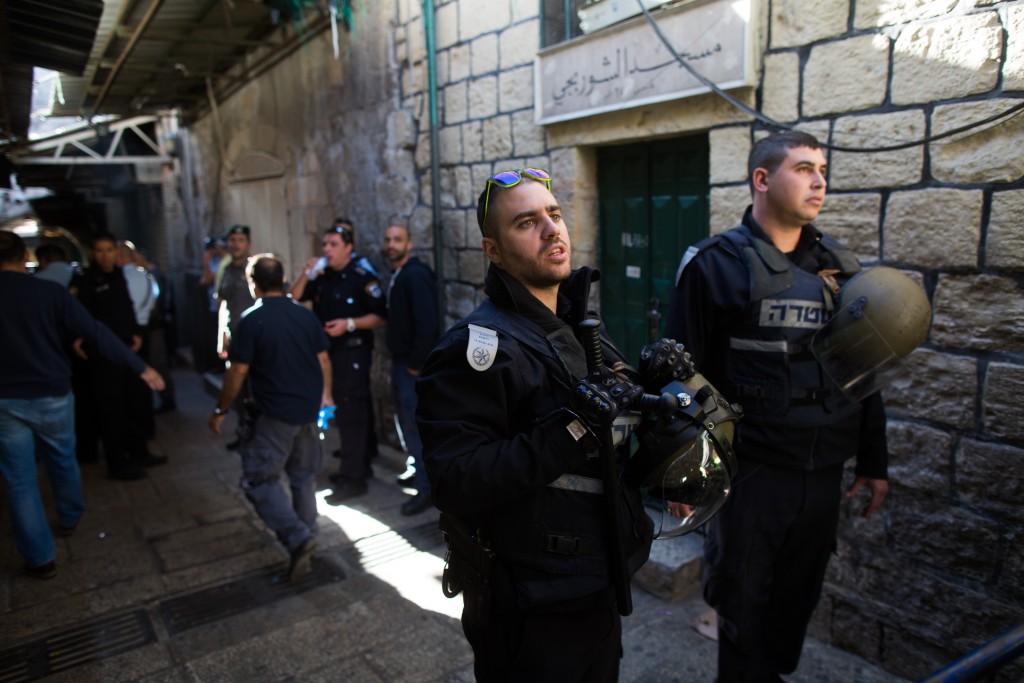 A manhunt is under way in the northern city of Afula after a security guard at a school was attacked Monday morning. The security guard, who was lightly to moderately injured in a stabbing attack, said that he was set upon by three individuals who stole his personal weapon and ran away.

The 57-year-old man was treated on site and then taken to a local hospital.

Police are conducting a wide-ranging search for the attackers, using cars, dogs, and a helicopter. Initial reports said that the incident was criminally related, but police are investigating the source of the incident and have not ruled out a terror connection.

The incident occurred about 15 minutes after classes had begun at the school, so most children were in class at the time of the incident.

Speaking on Army Radio, a Magen David Adom official said that there were no other injuries in the incident, but that the local hospital was on full alert in the event of “further developments” in the case.