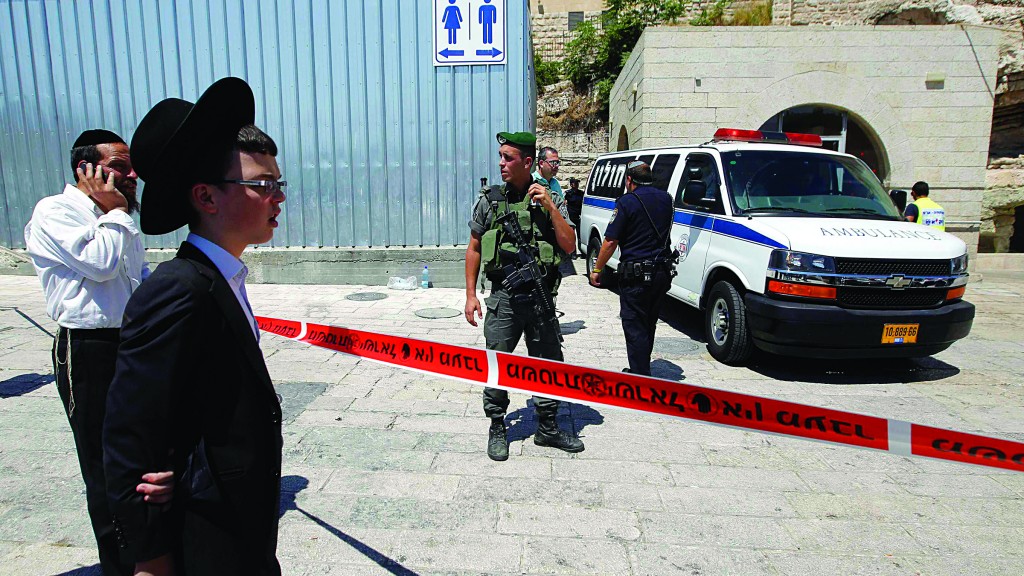 A private security guard tragically shot and killed a Jewish man at the rear of the Kosel plaza on Friday, thinking the man was a terrorist.

Israeli police spokesman Micky Rosenfeld said the guard “fired a number of shots” at the man, a 46-year-old Israeli, who had been acting suspiciously. The guard told police the man shouted “Al-lahu Akbar” — “G-d is great!” in Arabic — and had his hands in his pockets, possibly concealing a weapon. Arab terrorists often shout that phrase before carrying out an attack.

However, it emerged soon after that the victim was a familiar visitor to the Kosel, identified by police as Doron Ben-Shlush.

When asked if a weapon was found on the man’s body, Rosenfeld said he had no more details.

“I don’t know why they shot him,” a man said. “He was very well known here, a Chabad volunteer. He lived here alone, his parents are in France.”

Others also said they knew him, conceding that his behavior was strange, often shouting things.

Rosenfeld told The Associated Press that the guard was questioned after the shooting. He later appeared before a court and was remanded for five days. Israel Radio reported that he was 25 years old and has worked as a security guard for more than a year. His identity was not revealed.