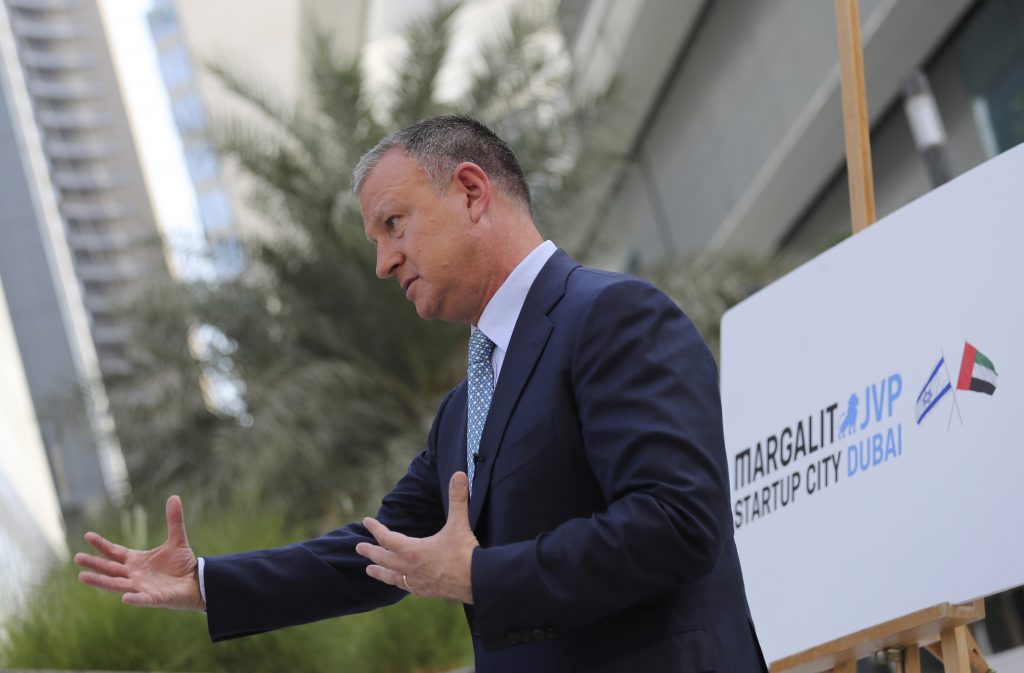 Another plane full of Israeli business people excited about their newfound access to the United Arab Emirates touched down in Dubai this week, the latest whirlwind trip seeking to cash in on a U.S.-brokered deal to normalize relations between the countries.

But like the normalization agreement itself, inked on the White House lawn last month to great fanfare, the steady stream of statements from big-name Israeli investors and moguls descending on Dubai are ebullient, but thin on details.

“One of the things that’s most touching and exciting for any individual in Israel … is the fact that this could be an opening to cooperation, an opening of goodwill,” Erel Margalit, founder of Jerusalem Venture Partners, a venture capital fund from the country’s thriving tech scene, told The Associated Press on Tuesday.

Trailed by an entourage of 14 Israeli startup executives, a slew of Israeli photographers, foreign journalists and public relations people, Margalit darted around the skyscraper-studded Dubai International Financial Center for meetings with Emirati officials, investors and entrepreneurs.

After years of conducting such deals only in the shadows, Israelis are basking in the photo ops, which presage a broader political shift in the region.

But the buzz also lays bare the differences between the two countries. In the UAE, well-salaried locals who rarely mix with the country’s millions of expatriates tend to shrink from press attention. The state owns or tightly controls the local media. On Tuesday, an Emirati official accompanying the UAE’s minister of food security for talks with Margalit was visibly upset by the crush of photographers swarming around their elbow-bump in the glass-walled conference room.

Although Emiratis have long fostered behind-the-scenes ties with Israeli corporations and officials, Israel was publicly viewed as a political pariah. The sight of a tiny Israeli flag emblazoned on the delegation’s welcome sign outside the Ritz Carlton in Dubai this week still drew double takes and iPhone snapshots from most passerby.

In a reflection of the lingering sensitivities, Margalit declined to name any of the Emirati investors or potential startup partners from the week of meetings. He also said that Palestinian entrepreneurs had flown with the delegation, but did not elaborate “for their sake.” The Palestinian leadership has rejected normalization as peeling away one of their few advantages in moribund peace talks with Israel.

“In Israel sometimes people want to jump to the deal,” Margalit said. “This is what I say to my many Israeli friends, be patient because, here, it takes time to build trust.”

For relations to thrive, the grandeur of Israeli business goals must be matched by an awareness of the situation’s uncertainty, said Ritam Chaurey, an expert on international economics at the Johns Hopkins School of Advanced International Studies.

“Ideally we’d expect that it’s an on and off switch,” he said. “But I expect persistent suspicions for both parties to play an important role, especially in the beginning.”

Yet Margalit is undeterred, promising to build “an innovation center” in Dubai for cyber, food, medical and financial technologies, like other successful hubs he’s created in New York City and the Galil region of Israel.