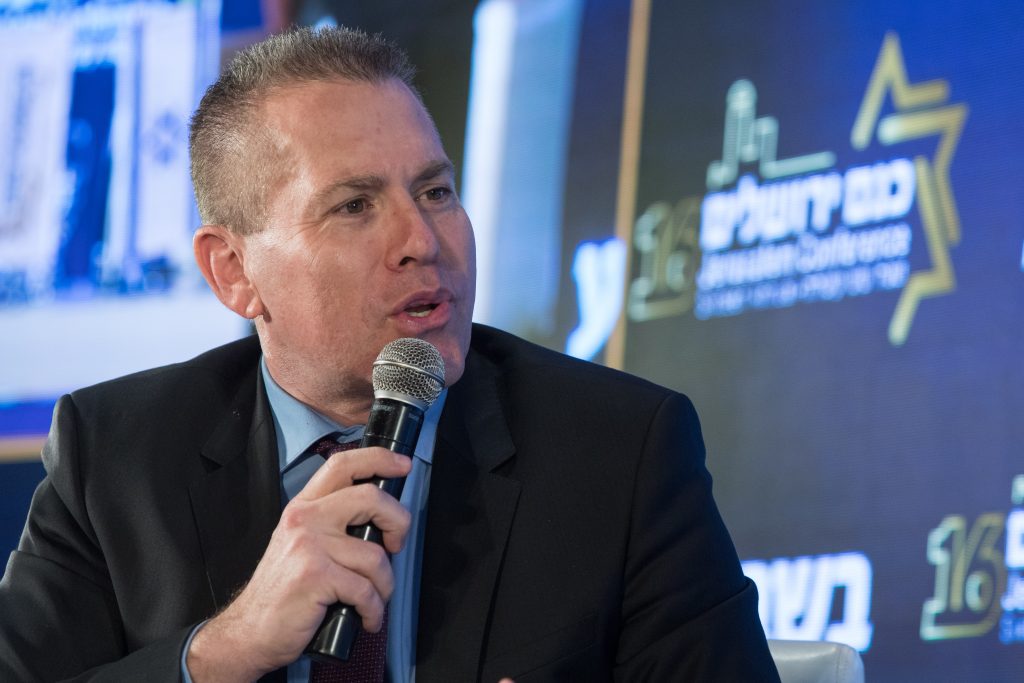 If members of the Israeli Arab community wish to understand why they are experiencing so much violence, all they have to do is look in the mirror, Public Security Minister Gilad Erdan said Monday – because their violent culture is the main reason gunfire, rioting and knife attacks are so common in those communities.

Speaking to Radio Yerushalayim, Erdan said that Arab society is “very, very – repeat very 1,000 times – violent. This is part of their culture. Disputes that among us end up in court are resolved there by someone pulling out a knife or a gun.” The issue was not, as Foreign Minister Yisrael Katz said Sunday, a matter of police priorities. “I am not only sorry he said that statement, I disagree with it,” Erdan said. “We are talking about a society where a mother will give her son permission to kill her daughter because she is going out with a boy that is below the family’s dignity.”

Erdan is no racist, and he is as concerned as anyone else in enforcement of the law in Arab communities – probably more so, he said. “We have been narrowing the historic gaps between enforcement in the Jewish and Arab sectors. When I took on the job of public security minister, there were three police stations in Arab towns. I established an additional seven, and more are on the way. We cannot get results when there is no cooperation from normative society,” which, Erdan said, was difficult to come by, lest individuals be seen as “collaborating” with Israelis. “The leadership should be doing everything it can to ensure that police can succeed at their enforcement tasks.”

Responding to the comments was United Arab List head Ayman Odeh, who said that “instead of taking responsibility for the security of citizens of Israel, Erdan prefers to hide behind racist claims and to blame the murdered victims. He is forgetting basic facts. The number of those killed in Arab towns before the events of October 2000,” after which tension grew in the relations between police and the Arab community, after 13 Israeli Arabs were killed in rioting, “was the same as the Israeli national average. After that – when police abandoned our communities – it began to climb. Crime in the Arab community is not cultural, but the result of governmental racism. There is no place in the year 2019 for a minister who sees us as enemies and uses such racist epithets.”