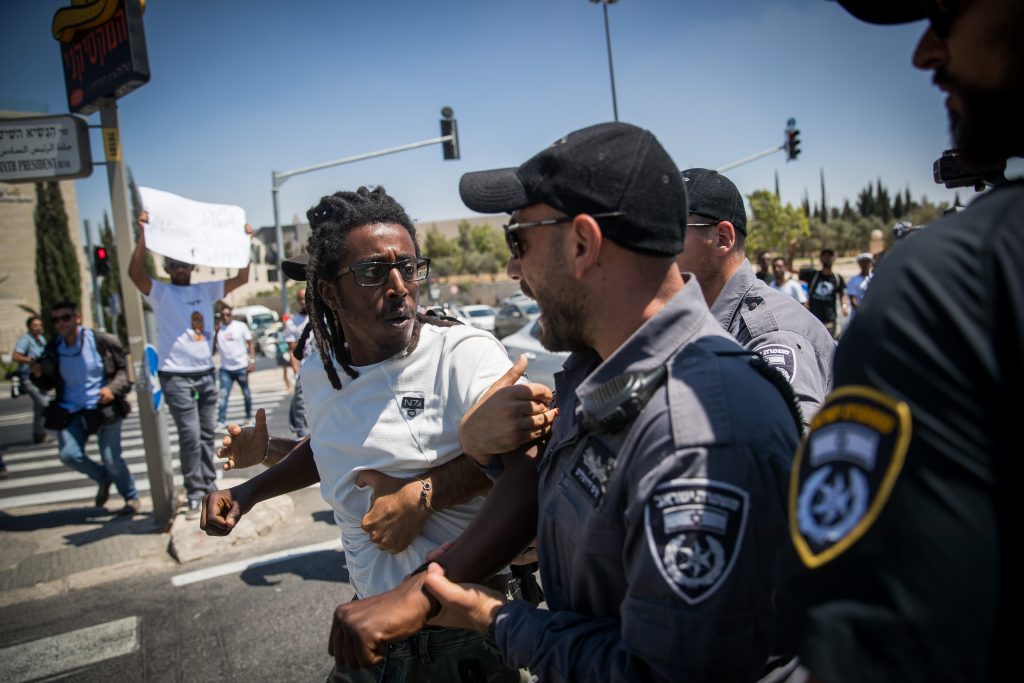 The Israeli government has established a task force to address the complaints of racism and violence against the Ethiopian community, The Times of Israel reported on Tuesday.

Attorney General Avichai Mandelblit and Israel Police Interim Commissioner Motti Cohen directed the Justice Ministry and police to coordinate in handling the grievances of Ethiopians, which erupted as protests in the streets recently following the shooting of one of its youths by an off-duty policeman.

The task force will have responsibility for improving the speed and efficiency of the police’s handling of complaints.

Meanwhile on Tuesday, the officer who shot and killed 19-year-old Ethiopian-Israeli Solomon Tekah on June 30 was suspended from duty for 30 days, the Justice Ministry informed his family.

Earlier in the day, the family demanded to see the evidence in the case against the officer, a day after the Justice Ministry’s Police Internal Investigations Department announced completion of its investigation of the shooting and handed the case over to the state attorney’s office, which will decide whether or not to indict the officer.