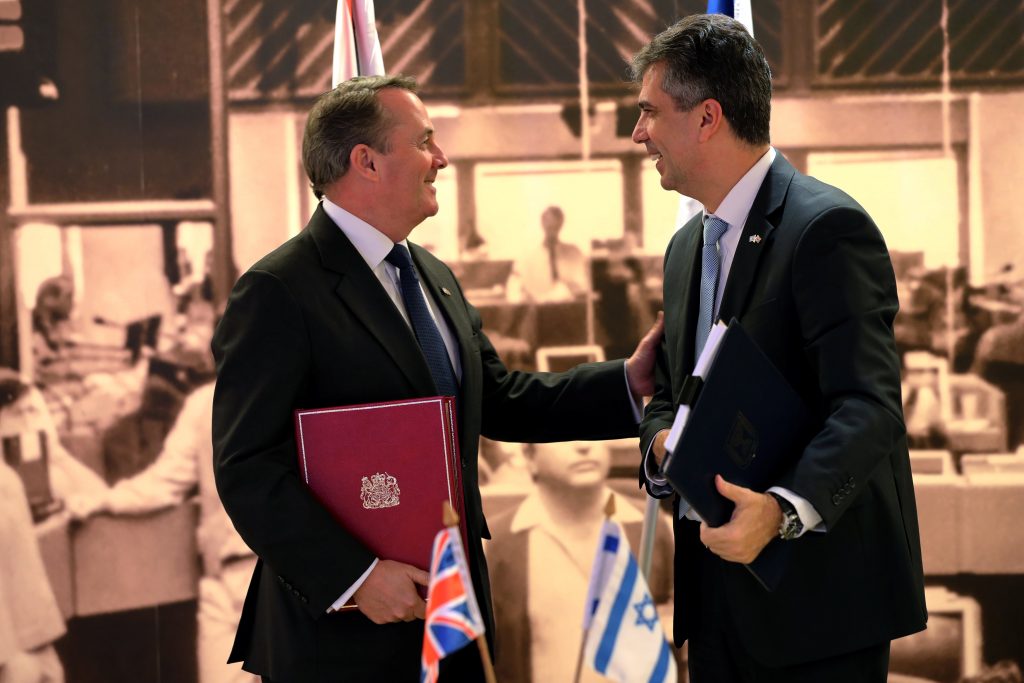 British trade minister Liam Fox said on Monday that Japan was keen to agree a post-Brexit trade deal and believed it could be done “quite quickly.”

Fox made the comment at the Tel Aviv Stock Exchange, where he signed a continuity trade agreement with Israel. Economy Minister Eli Cohen co-signed for Israel.

Later on Monday, Prime Minister Binyamin Netanyahu spoke by telephone with Fox. He congratulated him on the signing of the trade agreement and said that “Israel views it with great importance.” The prime minister added that “Great Britain is an important friend of Israel” and noted that the agreement reflects that. He said that it was good for both parties.

The Financial Times earlier reported that Japan had reacted with dismay to a letter from Fox and Foreign Minister Jeremy Hunt encouraging it to agree a quick trade deal with Britain, as it was interpreted as an accusation of foot-dragging.

“My Japanese counterparts are very keen to do [a deal] because they think such an agreement could be concluded quite quickly,” Fox said when asked by a reporter whether Japan may seek greater concessions from Britain when it has left the European Union.

Fox also said that most of Britain’s trade with Japan to date has been done without a free trade agreement as an EU-Japan trade deal only entered into force on Feb. 1.