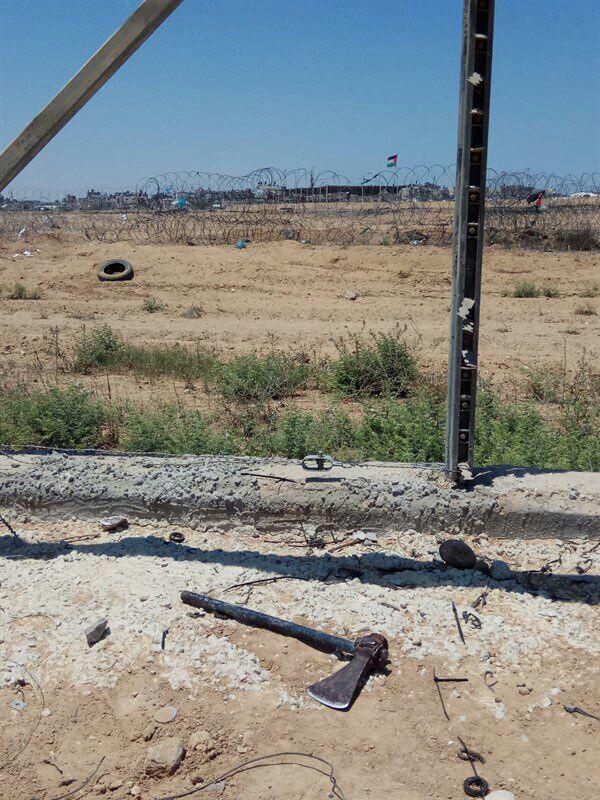 Two Arab terrorists attempted to infiltrate into Israel Monday from the Gaza Strip. According to the IDF, the two approached the security fence from the southern Gaza Strip, damaged the barrier and tried to enter Israeli territory.

One of the two terrorists was killed in the incident.

IDF forces later found that the terrorist killed in the shooting was carrying an ax.

According to an army spokesperson, the IDF troops opened fire on “two terrorists who damaged the security fence and were armed with an ax.”

An IDF spokesperson said the second suspect was wounded and fled back into the Gaza Strip.

On Sunday night, a group of Palestinians from Gaza breached the border fence and set fire to construction equipment inside Israel before fleeing back to Gaza, the IDF said.