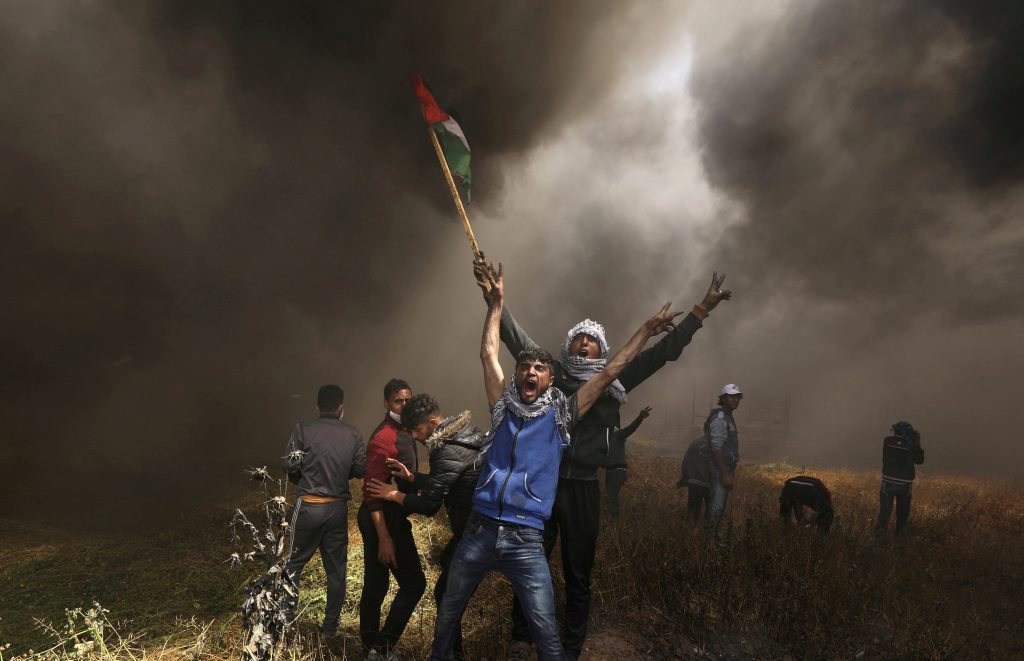 In an unprecedented warning on Sunday, International Criminal Court Chief Prosecutor Fatou Bensouda told both the IDF and Hamas that they could potentially be held accountable for war crimes in the deaths and injuries of scores of Palestinians during rioting on the Gaza border in recent days.

The ICC prosecutor’s statement was the first ever issued by that office while a conflict was in progress.

“It is with grave concern that I note the violence and deteriorating situation in the Gaza Strip in the context of recent mass demonstrations,” and noted that
“at least 27 Palestinians have been reportedly killed by the Israeli Defense Forces, with over a thousand more injured, many, as a result of shootings using live ammunition and rubber-bullets.”

“Violence against civilians, in a situation such as the one prevailing in Gaza, could constitute crimes under the Rome Statute of the International Criminal Court…as could the use of civilian presence for the purpose of shielding military activities.”

The Israeli Foreign Ministry refused to comment at this time.

The ICC intervention could have an impact on an ongoing debate within Israel over the military’s handling of Gaza disorders.

Defense Minister Avigdor Liberman and others have opposed any broad investigation of the matter, though the IDF will probably probe any specific instances of war crimes allegations, The Jerusalem Post reported on Sunday.

The IDF on Sunday appointed Brig. Gen. Moti Baruch, head of the Doctrine and Training Division, to head an initial probe into Palestinian deaths that have occurred since the so-called Great March of Return was launched on March 30. Protestors hope to break through the Gaza security barrier and enter Israel.

That move apparently was made with an eye to the “complementarity principle,” which states that the ICC Prosecution cannot intervene or probe a country’s citizens for war crimes if that country has already reasonably investigated its own.

The chief prosecutor said she was issuing the statement to “remind all parties that the situation in Palestine is under preliminary examination by my Office…any new alleged crime committed…may be subjected to my Office’s scrutiny. This applies to the events of the past weeks and to any future incident.”

Moreover, she said her office “will continue to closely watch the situation and will record any instance of incitement or resort to unlawful force. I urge all those concerned to refrain from further escalating this tragic situation.”