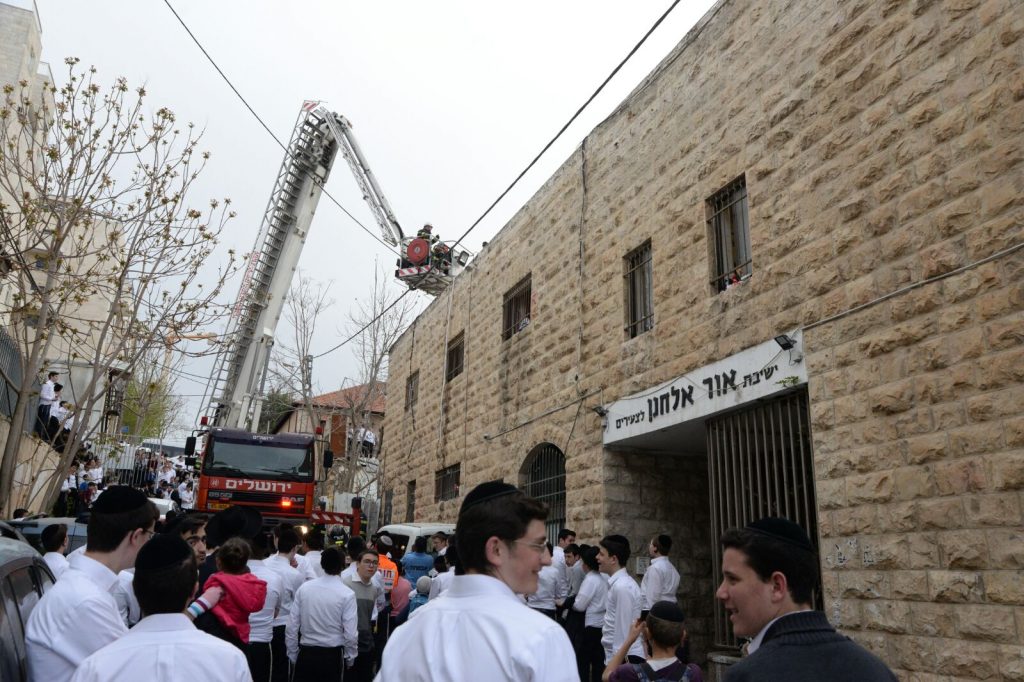 Firefighters succeeded in bringing a fire at Yeshiva Ohr Elchonon on Alkabetz Street in Yerushalayim under control and rescuing a number of bochurim from the flames on Thursday.

As the flames were doused, bochurim who had been trapped in the building and fled to the roof were helped to safety, according to fire department spokesman Udi Gal.

B’chasdei shamayim, no injuries were reported, though significant damage from smoke and fire was caused to the building.

Police units cordoned off the area of the area, directing traffic away from it, and also helped in removing those in the yeshivah building to safety.

An investigation has been opened into the cause of the fire.