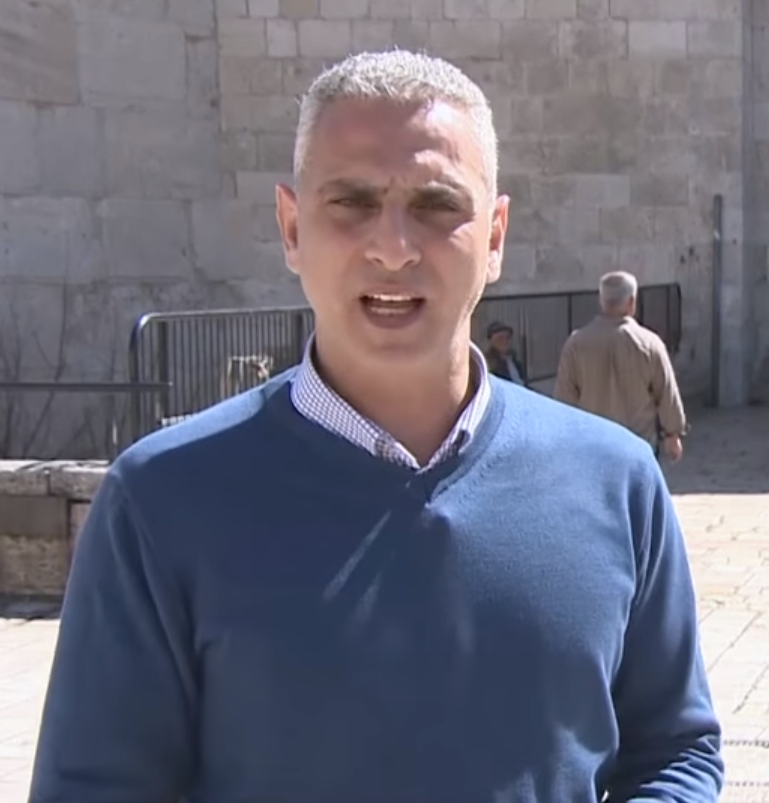 An Al Jazeera journalist threatened with revocation of his credentials after caught making anti-Israel statements may keep them after a government hearing, The Jerusalem Post reported on Tuesday.

Amir Rosenblum, secretary-general of the Israeli Press Council, was quoted saying that Government Press Office head Nitzan Chen informed his office that the GPO “was leaning toward stepping back from its plan” to take away Elias Karam’s press card after the reporter rejected any recourse to violence against the state.

Karam’s contentious comments came during an interview he gave to the Muslim Brotherhood station, Dar al-Iman, in May, when he said:

“As a Palestinian journalist who is in an occupied area or a conflict area, journalistic work is an integral part of the resistance and of political and educational action.

“A journalist fulfills his role in the resistance through his pen, voice or camera, because he is part of this nation and is resisting in his unique way,” he said.

Rosenblum said he told Nitzan on Karam’s behalf that the council felt “denying a GPO card could be a step taken in response to a legal violation, but shouldn’t be used as a punitive measure for expressing an opinion.”

“The press in Israel enjoys freedoms and ought to be able to sustain even opinions not shared by the majority,” Rosenblum said.