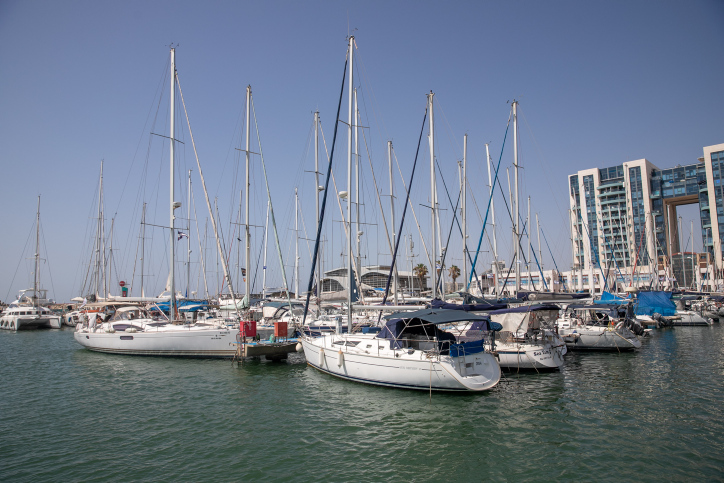 The first shots were fired in a battle over proposed commercial use of Israel’s Mediterranean shoreline, as environmental organizations said they would fight a plan to build as many as six marinas for yachts, The Times of Israel reported.

The Environmental Protection Ministry, Israel Nature and Parks Authority and green organizations said at a conference on Tuesday that they oppose such plans.

“Israel’s maritime space and beaches are a limited resource used by the general public,” the ministry said in a statement released Monday ahead of the meeting.

“We must not expropriate it for the needs of a minority of yacht owners, and promote programs that gnaw away at valuable coastal areas in favor of building marinas. The environmental, social and economic cost is too high,” it said.

At present, pleasure boats can moor at eight Mediterranean sites, from Acre in the north to Ashkelon in the south.

However, an assessment by the Israel Ports Authority indicated that within three years the pleasure boat owners will run out of space, and accommodations should be expanded.

Currently, the candidates for new marinas included Nahariya and Bat Galim in the north and Hadera and Netanya further south along the coast.

Transportation Minister Merav Michaeli told Globes last week that she “strongly opposes any plan that harms the shores of Israel. For years, construction and development around the shores has been done irresponsibly. Our shore is a national resource for the good of the public and must be protected… Any marina that is built, if at all, will be built after careful planning and demonstration that it’s a national need and only if it doesn’t harm beaches that are open to the general public.”

The Environmental Protection Ministry contends that the new marinas are unnecessary; an additional 1,800 mooring places could be created by upgrading and expanding existing marinas.

Marinas may also not be the pot of gold that many local officials think. A study of 17 marinas around the world conducted for the ministry found that marinas did not bring prestige or economic benefits, but rather cost the public tens of millions of dollars in indirect expenses that the planning authorities had not taken into account.

The environmental impact of marinas also have to be considered: the study found that they disrupt the natural flow of sand, thinning out beaches and depriving cliffs of the sand that gives them support.

At the same time, the demand for swimming space has been rising. The Society for the Protection of Nature in Israel said that Israel’s beaches are already the 14th most crowded of all coastal countries with a million or more citizens, with an average of 44,000 people squeezing into each square kilometer of sand.

Based on the rate of population growth, the number of beach visits during the bathing season is calculated to increase from an estimated 209 million this year to 318 million by 2040, they said.

In a final salvo, the SPNI warned that marinas pollute the water with fuels, oils and solvents, prevent the natural replacement of water that comes with the tides reaching the beach and harm sea creatures and marine ecological systems, the Times reported.