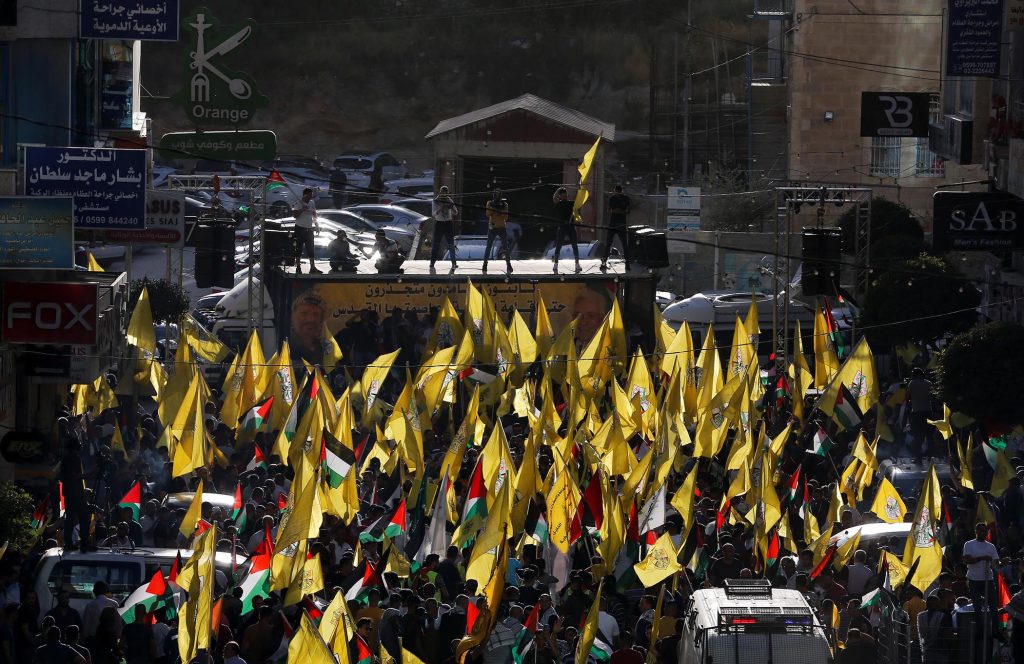 Hundreds of Palestinians gathered in Ramallah on Saturday to demonstrate against Chairman Mahmoud Abbas, hoping to inject new momentum into a protest movement sparked by the death of an outspoken critic in the custody of security forces.

Palestinian security forces and groups of men in plainclothes violently dispersed a similar protest a week ago, drawing expressions of concern from the United States and the U.N. human rights chief. There were no immediate reports of violence on Saturday.

The Palestinian Authority was established as part of the peace process in the 1990s and governs parts of Yehudah and Shomron. It has grown increasingly autocratic and unpopular, and Abbas cancelled the first elections in 15 years in April when it looked like his fractured Fatah party would lose badly. He was largely sidelined during the Gaza war in May amid an outpouring of support for his rivals, the territory’s Hamas rulers.

Saturday’s demonstration began with a few hundred protesters gathering in al-Manara Square in central Ramallah, where the Palestinian Authority is headquartered. The mother of Nizar Banat, the activist whose death last month sparked the protests, and other family members were welcomed with applause and gave brief speeches.

The crowd then made a loop through downtown, gathering force as it marched until thousands could be heard chanting “The people want the fall of the regime,” and “Abbas, leave,” slogans used during the so-called Arab Spring protests that swept the Middle East in 2011.

There was initially no visible security presence, but when the protesters marched down a main street leading to the headquarters of the PA they approached a line of riot police manning barricades. The protesters halted and sat in the street several meters (yards) away.

Fatah meanwhile held a rally in the southern West Bank city of Hebron in which supporters waved the party’s trademark yellow flags. The PA’s official Palestine news channel covered the Chevron rally and ignored the demonstration in Ramallah.

State Department spokesman Ned Price said this week that the U.S. was “deeply disturbed by reports that nonuniformed members of the Palestinian Authority security forces harassed and used force against protesters and journalists” during last weekend’s demonstrations.

U.N. High Commissioner for Human Rights Michelle Bachelet said Thursday that Palestinian security forces had beaten protesters with batons and attacked them with tear gas and stun grenades. She called on the PA “to ensure freedom of opinion, expression and peaceful assembly.