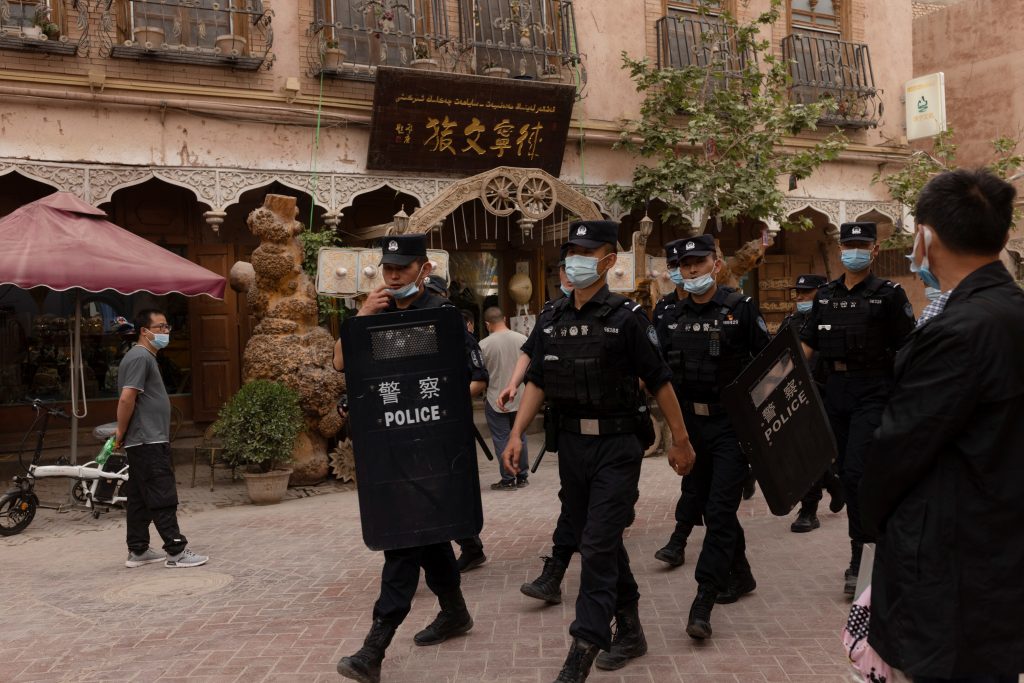 In a foreign policy departure, Israel has sided with other countries against China, demanding access for foreign observers in Xinjiang, the scene of widespread human rights abuses.

Bowing to pressure from the Biden administration, it marked the first time Israel has joined criticism of China’s treatment of its Uyghur minority, signing a condemnation with 40 other countries issued at the United Nations Human Rights Council’s on Tuesday.

Israel has refrained from going against Beijing in diplomatic circles, wishing to avoid angering the regime and potentially harming important trade ties.

The decision to sign the statement came despite a request from China not to do so.

According to Walla news, citing Israeli and U.S. officials, Foreign Minister Yair Lapid decided to accede to a request from the State Department to vote for the measure, only after a protracted debate in the Foreign Ministry.

Canadian ambassador Leslie Norton introduced the resolution, which said: “We urge China to allow immediate, meaningful and unfettered access to Xinjiang for independent observers, including the High Commissioner,” referring to the UN High Commissioner for Human Rights Michelle Bachelet.

Norton cited “credible reports” that over 1 million people have been arbitrarily detained in Xinjiang — some facing torture and other “inhuman” treatment — and that Uyghurs and others face disproportionate surveillance and restrictions on their culture.

Foreign Ministry spokesman Lior Hayat confirmed to Walla that Israel had supported the measure. However, the ministry made no public statement about it, apparently to keep a low profile and avoid angering Beijing.

China, for its part, has no compunction about voting against Israel in international forums while pursuing economic deals with Israel.

According to the Jerusalem Post, Israeli diplomats told their Chinese counterparts under Lapid’s predecessor, Gabi Ashkenazi, that they cannot have it both ways without there being any consequences.

If China is separating diplomacy and economics in its treatment of Israel, then the current thinking in Yerushalayim is that it can do the same to Beijing, though China’s reaction will be carefully watched in the coming months.