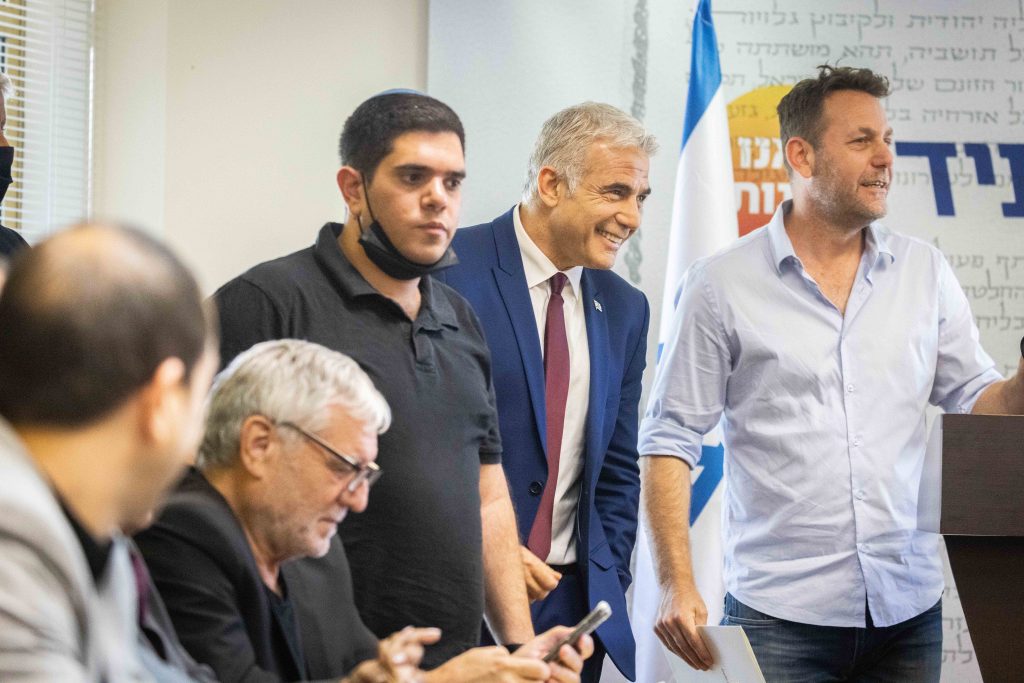 Details about the coalition agreement leaked to the media on Monday night touch on a wide range of issues, from electoral reform and equal representation of the right and left parties in the government to the Meron disaster and an egalitarian prayer site at the Kosel.

A state-recognized egalitarian prayer section at the southern end of the Kosel that was passed by Prime Minister Binyamin Netanyahu’s government but never implemented, will be revisited, according to sources familiar with the negotiations, The Jerusalem Post reported.

However, the document outlining the government agenda that was obtained by Israeli journalists does not address specific religion-state issues, according to Channel 12.

It has been reported in recent days that Yisrael Beytenu chairman Avigdor Liberman has won support for his proposals to liberalize conversion and recruit yeshiva bochurim into the army.

Regarding Meron, the coalition reportedly will endorse the immediate appointment of a committee headed by a High Court judge to probe the tragedy that left 45 dead. Some in the chareidi community are wary of such an approach, since it could lead to a judge unsympathetic to the spirit of Meron to impose changes that would be unacceptable.

Notwithstanding reports earlier on Monday that they will return to peace talks with the Palestinians, the coalition agreement refers only vaguely to the peace process, a subject on which it will be virtually impossible to get the eight ideologically disparate parties—from Meretz to Yamina—to agree about.

The Yesh Atid and Yamina parties will have parity in the new government, according to the coalition agreement, as reported over Israeli media on Monday night.

Every bill supported by the coalition will require the approval of both the prime minister and the alternate prime minister, who will each be invested with veto power, according to sources familiar with the negotiations.

The votes of the right-wing bloc –Yamina and New Hope – will have the same weight as those of the other six parties in the coalition combined in the cabinet and the Ministerial Committee on Legislation. That means six from each bloc in the security cabinet.

The so-called “change government” will commit to introduce term limits for the prime minister, swiftly pass a state budget for the first time in two years, and accelerate construction inYerushalayim, and endorse a massive funding program for the Arab sector.

A clause that would ban a prime minister who is under criminal indictment from serving or running for office was struck from the draft, Channel 12 said.

Other provisions of the agreement that were disclosed include a prime ministerial rotation, as previously reported, with Naftali Bennett serving as prime minister and Lapid as alternate prime minister until August 2023, when they will trade places, according to the deal, which includes certain safeguards intended to ensure it implementation, which had eluded the previous coalition.

An updating of the Norwegian Law, which allows ministers and deputy ministers to resign from the Knesset in order to allow their party members to fill their vacancies

“Bennett, who tricked his voters and moved ballots from right to left only to appoint himself prime minister with six seats, wants to now cancel the votes of millions of citizens and get rid of the right’s strong leader through dictatorial laws that are common practice only in Iran, Syria, and North Korea,” charged Likud.

“Bennett did everything in his power to conceal the agreement with Ra’am — a shocking agreement involving the sale of the Negev to the Islamic Movement, and the chairmanship of the Knesset’s Interior Committee to Mansour Abbas,” it said, referring to a reported measure that would eliminate fines for illegal construction.

“Naftali Bennett has completely lost his moral sense, doesn’t stop at red on his way to be an illegitimate prime minister with six [Knesset] seats,” the Religious Zionism party said in a statement following the reports on the coalition deals.