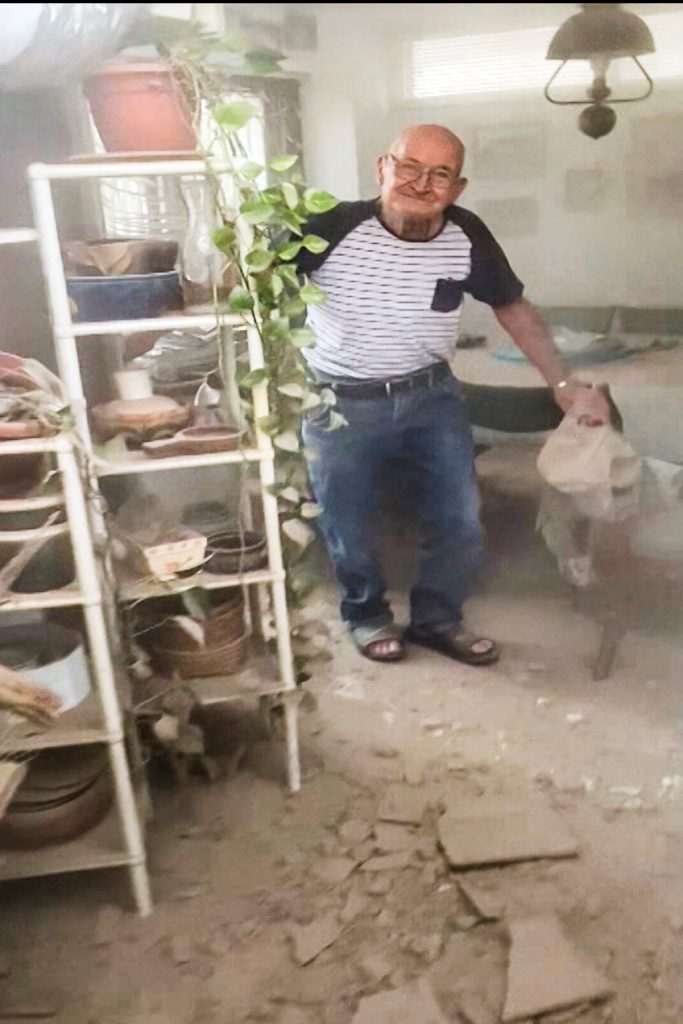 On May 12, a Palestinian rocket struck the Ashkelon home of 88-year-old Uri Kimhi, reducing his living room to rubble.

A neighbor who rushed in, yelling “You okay, Uri?” and fearing the worst, found Kimhi smiling amid the dust and debris.

“There was pressure on the (bomb shelter) door, and flames managed to get through,” Kimhi later told Reuters. “I wasn’t nervous because I’ve heard a lot of explosions in my life.”

Bowed by age and walking with a cane, Kimhi is a retired farmer, a veteran of three Israeli-Arab wars and a long-time resident of Ashkelon, which, at 43 km (26 miles) from Gaza, has often come under rocket fire from Palestinian terrorists.

Though unimpressed with Friday’s Egyptian-mediated halt to the worst Israeli-Palestinian fighting in years, he was upbeat about the future for himself and his family.

“I don’t believe in the ceasefire, but I will go back,” Kimhi said. “The house that was destroyed by the rocket will be rebuilt and we will continue living in this house until we reach the age of 120.”