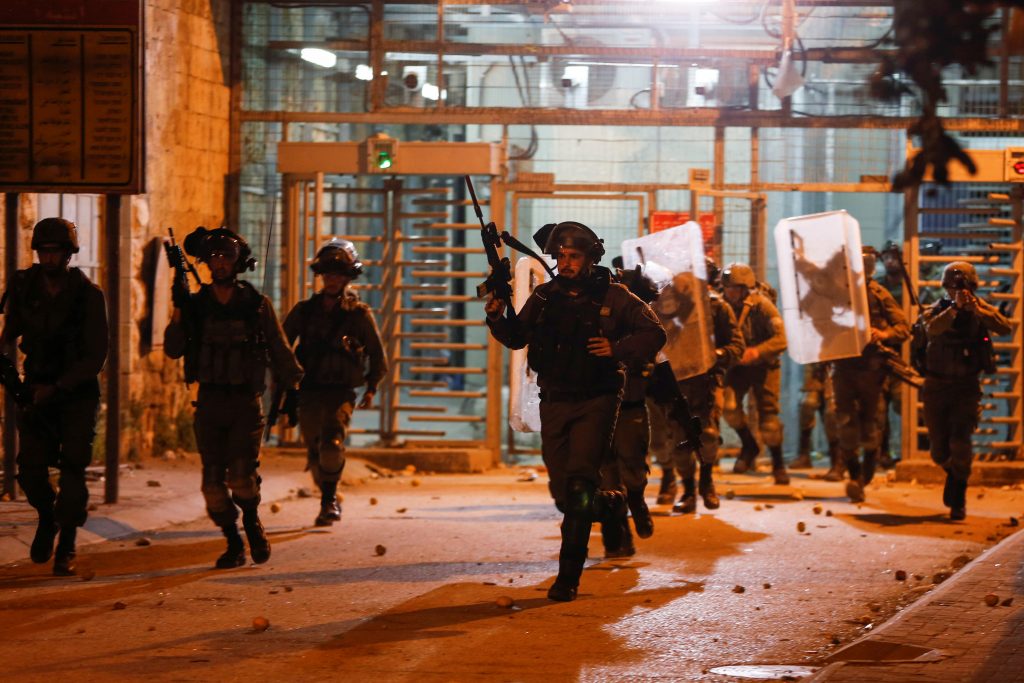 Jewish communities close to the Gaza border saw a quiet night Motzoei Shabbos after a weekend of heavy rocket fire from the Strip.

A rocket launched from Gaza at Sderot at around 9 p.m. was intercepted by the Iron Dome missile defense system. Another, final rocket launched close to midnight fell back inside the Gaza Strip.

The IDF did not respond to the launches, after carrying out airstrikes over the weekend in response to the dozens of rockets that were fired overnight Friday.

After security consultations, Israel decided to allow schools in the south to open as usual on Sunday, with a period at the start of the day dedicated to conversations with students about their experiences during the weekend of attacks.

Two people were treated at Barzilai Medical Center in Ashkelon during the rocket attacks on Motzoei Shabbos, with an 18-year-old young woman hospitalized for trauma and a 21-year-old man for injuries he sustained while running for a bomb shelter.

Israeli officials attempted to defuse tensions with Hamas through diplomatic channels over the weekend, saying they were intent on allowing freedom of worship during the month of Ramadan.

Messages were relayed to Jordan, Egypt and the U.N. Mideast envoy Tor Wennesland. Hamas indicated they too preferred to see tensions decrease.

Clashes broke out across Yehudah and Shomron and in Yerushalayim on Motzoei Shabbos. Hundreds of Palestinian youth clashed with police near Shaar Shechem (Damascus Gate) at the Old City and at the Kalandia crossing in northern Yerushalayim.

Several members of the police were injured in the riots. A bus driver was also wounded when stones were hurled at him by Arab rioters.