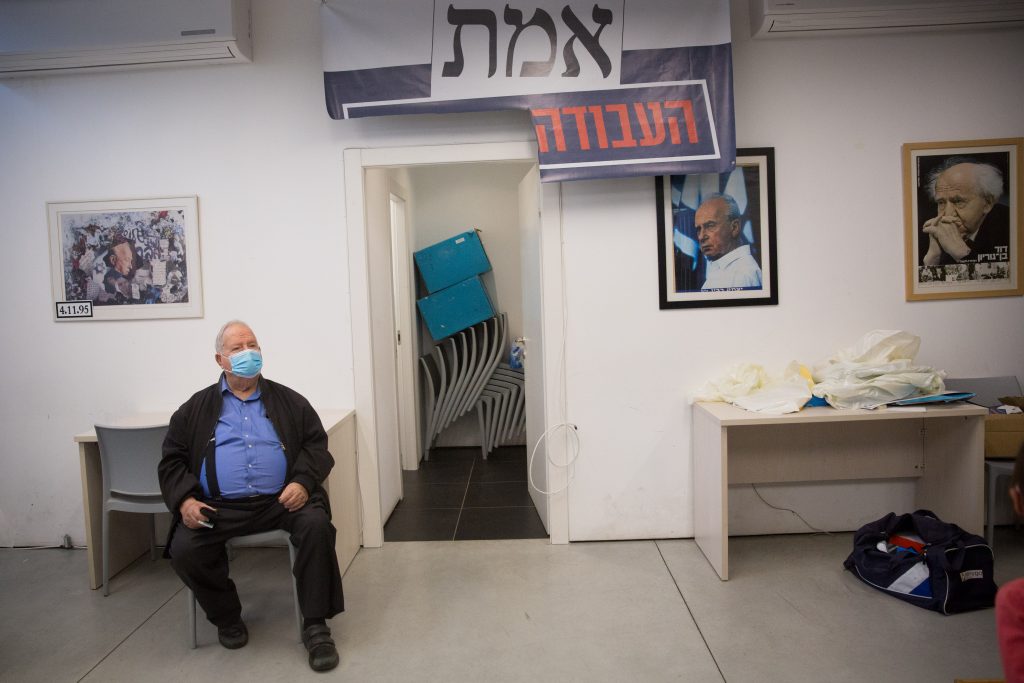 Israel’s Labor party went to the polls on Sunday to choose a new chairman, in hopes of staving off the demise of the former political juggernaut.

Michaeli was seen as the clear frontrunner in a field of seven candidates for the leadership, after Amir Peretz quit the job and the campaign earlier this month.

According to recent polls, Labor will struggle to clear the 3.4% electoral threshold, and the party of Dovid Ben-Gurion and Golda Meir could be left out of the next Knesset for the first time in decades.

“We have an opportunity to save the Labor Party and bring it back to the center of the stage,” she said in a video message to supporters Saturday night.

“But it’s not in our pocket,” Michaeli warned. “It’s in your hands, go out and vote. Let’s vote and let’s bring the truth back to politics.”

The truth is that Labor is looking for a partner to make sure it makes the threshold. Michaeli has said she is open to joining with another, but only if they are an “ideological ally.”

The Kan public broadcaster reported Sunday morning that if she wins, she is likely to sign an agreement to run with Tel Aviv Mayor Ron Huldai’s The Israelis party.

Despite the nationwide lockdown, voters will be allowed to travel to the polling stations due to an exemption for primaries in the coronavirus rules.

Labor’s poor standing is an embarrassment to many of its members. As one said as he stood in line to vote on Sunday: “I never thought I’d say this, but this is the first time I’m really glad I’m wearing a mask.”