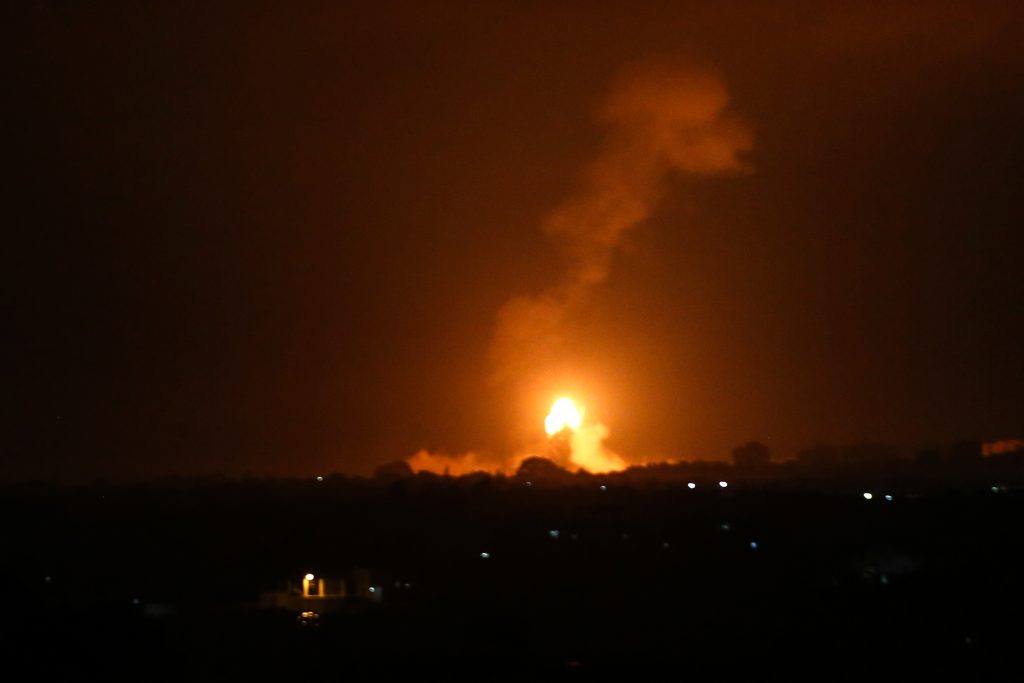 The Hamas terror group reportedly told Egyptian mediators visiting the Gaza Strip that violence on the border with Israel will continue unless a new agreement is reached. For the past week, Palestinian youth groups affiliated with Hamas have floated incendiary balloons toward Israel, setting swaths of farmland on fire. There has also been a renewal of nighttime clashes along the border fence with hundreds of Palestinians holding violent demonstrations along the boundary.

Palestinian sources told al-Akhbar that an earlier ceasefire agreement from 2018 included a number of understandings that have yet to be implemented. These include expanding the Gaza fishing area to 20 nautical miles, setting a new power line to the coastal enclave with Qatari financing and converting the Gaza power plant to run on natural gas.

At the Kerem Shalom commercial crossing with Israel, the sources said, the agreement allowed for the entry of dual-use materials, as well as increasing the capacity of the crossing to 1,200 trucks daily. The same sources said that the agreement was supposed to allow more Gazans to receive work permits inside Israel.

Armed factions in Gaza made it clear that, if their demands aren’t met, they are prepared for an escalation in violence and are not afraid of a major military campaign against Israel, the report said.

The army said it hit “underground infrastructure of the Hamas terror group,” but gave no further details on the targets.

The Egyptian mediators were in the Gaza Strip on Monday in an effort to reduce tensions and prevent a new cross-border conflict between Israel and Hamas, but departed without appearing to have secured a resolution.

Mediators typically announce any agreements before leaving the territory. But after a day of meetings with officials from Hamas, the three Egyptian general intelligence envoys left for Israel, according to Adel Abdelrahman, a Gaza-based adviser to the Egyptian mediators. They made no declaration before departing.