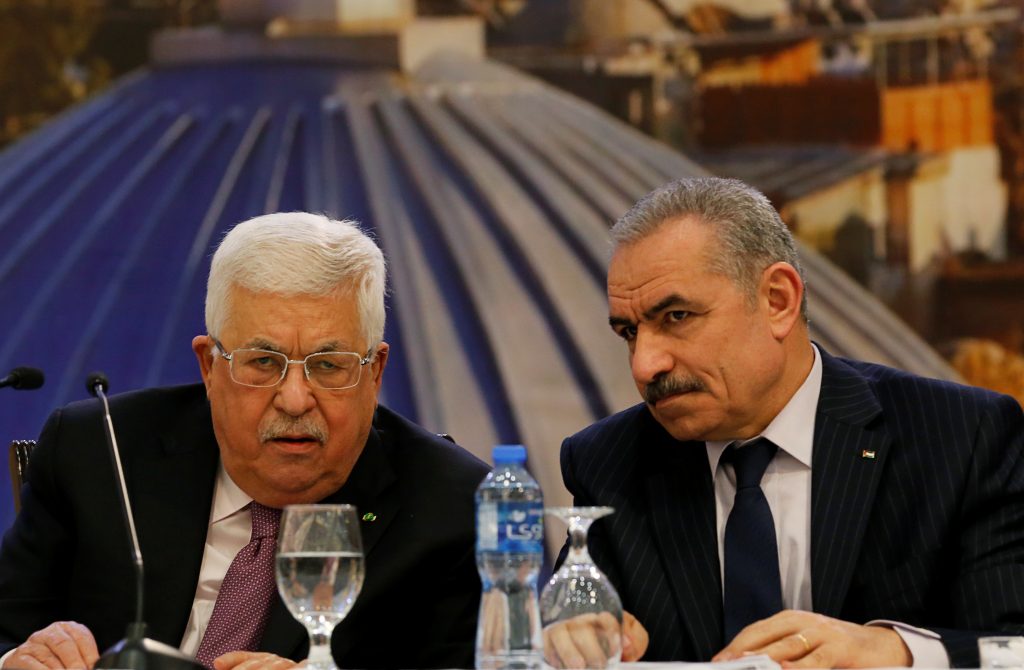 Shtayyeh was speaking the Munich Security Conference on Sunday, where he was asked to comment on the Israeli political scene.

Otherwise, he added another layer of Palestinian rejection of U.S. President Donald Trump’s proposal to end the Mideast conflict, saying it would be “buried very soon.”

Shtayyeh said the U.S. plan was “no more than a memo of understanding between Netanyahu and Trump.”

He also echoed PA President Mahmoud Abbas in criticizing the fact that the proposal would leave a future Palestinian state fragmented and with “no sovereignty,” allowing Israel to annex large parts of Yehuda and Shomron (actually, only about 30 percent of the region). He urged other countries to reject the Trump proposal while maintaining that Palestinians “are open to serious negotiations.”

Shtayyeh suggested the Palestinians would seek to increase pressure on Israel through international organizations, citing the recent release by the U.N. human rights office of a list of 112 companies who do business in Yehuda and Shomron.

Israel and the U.S. vehemently condemned the blacklisting.