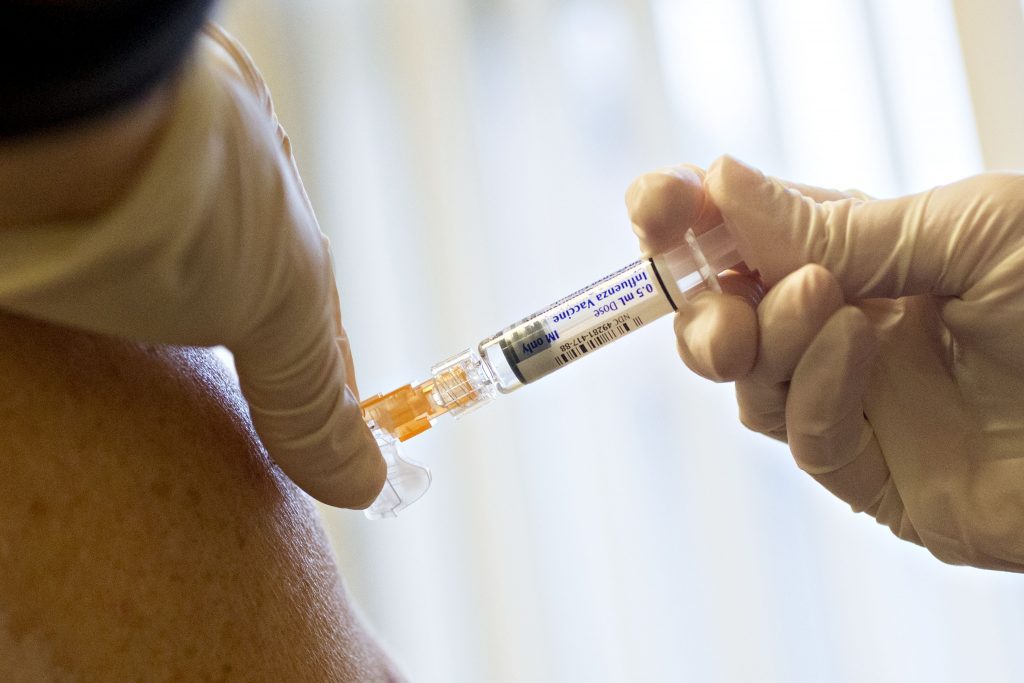 So far this season, about a quarter of Israelis – 1.78 million – have received flu shots, but those who did not get one yet may have to wait awhile before they are able to do so. Israel health organizations (kupot cholim) have just 150,000 flu inoculations left in reserve. More are on order, but it could take some time for health funds to track down and acquire the shots, officials said.

Eleven people have died so far from the illness. Compared to the last several years, this year’s flu outbreak has been particularly virulent. In last year’s flu season, just 45 people were hospitalized with serious flu symptoms, while the year before that the number was 77.

The reason that this year’s flu outbreak is especially violent is because the major strain of flu affecting Israelis this year is H1N1, also known as Swine flu or Spanish flu. The flu last made headlines in Israel and worldwide in 2015, when health authorities prepared for mass infections that eventually did not materialize. However, there were a significant number of cases then, and the disease resurfaces each winter. Women, especially pregnant women, are among the most at risk of contracting the disease, medical officials said.

According to officials, there is a worldwide shortage of high-dose flu vaccine, designed to protect from several different strains, but those who want a shot should have no trouble getting one. Professor Natan Kellner of Sheba Hospital said that “the Health Ministry’s system for treatment of the flu is very efficient,” he told Walla News. “Doctors at local HMO offices take blood tests and analyze them, and if early signs of flu are found they immediately order a shot for patients. They also order more shots and administer them to other vulnerable people in the community.”