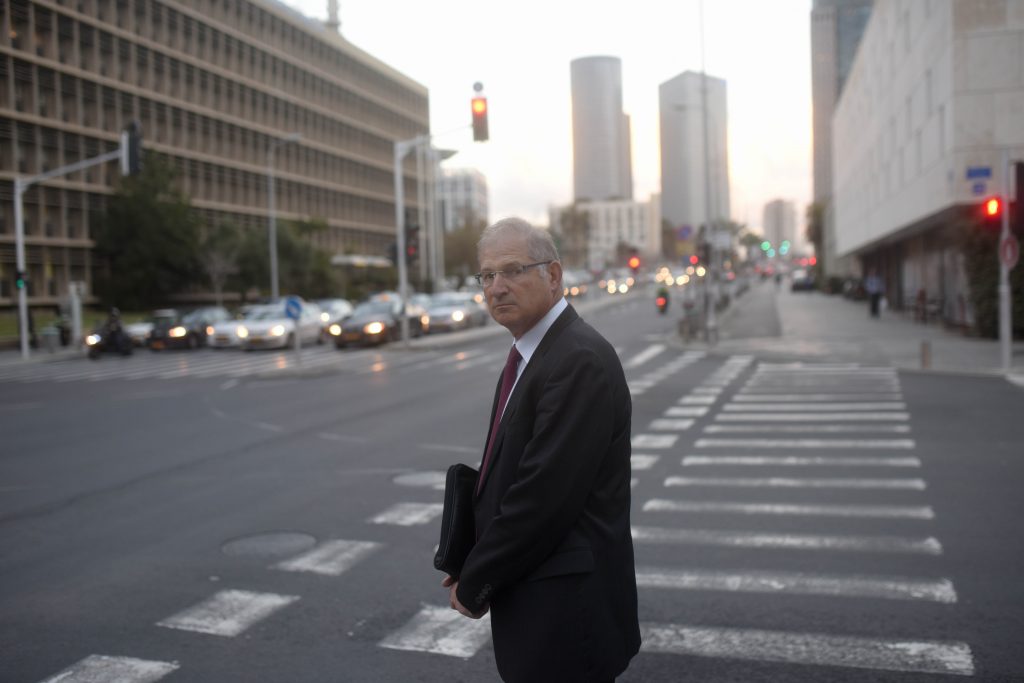 State prosecutors announced they are filing corruption charges against several former senior Israeli government officials and businessmen, some close to Prime Minister Binyamin Netanyahu, in the procurement of German-made submarines for the Israeli navy.

Reaction from the accused, as well as from PM Netanyahu’s critics, were registered almost immediately following news of the decision, which had been expected.

Former commander of the navy Eliezer Marom, who was charged with bribery, money laundering and tax offenses, expressed confidence he will be exonerated.

“I respect the law enforcement authorities, but am convinced that the suspicions are groundless,” he told Ynet. “I know the facts and am sure of my innocence. I’m sure after a hearing, the decision will be changed.”

David Shimron, a former personal lawyer for the prime minister and his cousin, facing similar accusations, was contemptuous: “I got the charge sheet and looked at it. There’s no submarines. There’s no bribery. There’s no fraud. So what is there? A technical violation that has been described in a pompous manner with considerable error,” he said, according to media reports.

Opposition leaders pounced on the news as further reason to remove Netanyahu from office, even though police investigators explicitly said that he was not under suspicion in the case, known as Case 3000.

Labor-Gesher chairman MK Amir Peretz said, “If Netanyahu knew [what was going on], that’s very serious. If he didn’t know, it’s far worse. The fact that security matters were tainted by corruption and the fact that some of those involved are part of the prime minister’s close circles should cause all Israeli citizens to lose sleep.

“Binyamin Netanyahu must leave his position and allow Israel to rehabilitate its moral and ethical values. We’ll bring back Israel to its culture of an ethical government, untainted and committed to its citizens.”

Blue and White No. 2 Yair Lapid predicted that Netanyahu will inevitably be ensnared in this case, as well as three others in which he faces indictment.

“Netanyahu will need to tell a court how people so close to him got millions in the submarine deal,” he says. “If Netanyahu knew what was happening, the probe will reach him too. If not and it happened behind his back, it’s another reason.”

All the charges were pending a pre-indictment hearing.