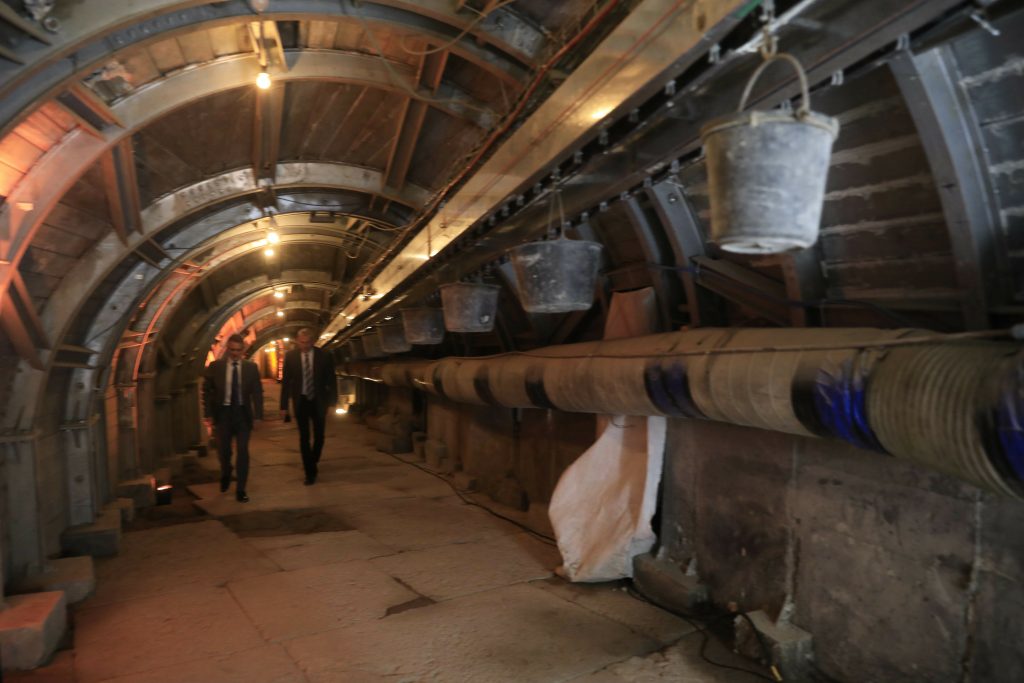 The inauguration of an an archaeological tourist site in Silwan, near the riot-torn Issawiya section of east Yerushalayim went ahead on Sunday despite protests.

The project, called Pilgrims’ Road, is an underground stairway that is believed to have been a main route to Har HaBayis when the Bais Hamikdash stood. Archaeologists have been excavating the area for the past eight years at the City of David National Park in Yerushalayim.

The Palestinian Authority’s foreign ministry condemned the “imperialistic Judaization plans” it claimed were aimed at changing the status quo in the city, and denounced the role of the U.S. in the project.

Greenblatt dismissed the charge as “ludicrous,” saying on Twitter that “we can’t ‘Judaize’ what history/archaeology show. We can acknowledge it & you can stop pretending it isn’t true! Peace can only be built on truth.”

At the ceremony, Friedman said: “The discovery in the City of David… is one of the greatest archeological discoveries, perhaps in the century.”

“The centrality of Jerusalem to the Jewish people and the two Jewish temples – we all knew that, but now we have the irrefutable evidence.”

“Whether there was ever any doubt of the propriety and accuracy…of President Trump recognizing Jerusalem, I think this lays it to rest,” said Friedman.

According to the City of David Foundation, the Herodian road was lined with shops and businesses to serve the thousands of olei haregel to Yerushalayim on the chagim.

Archaeologists estimate that some 10,000 tons of quarried rock was used in its construction. The road was built above a complex drainage system, which rebels hid in 40 years after the Pilgrims’ Path’s construction as the Second Temple was destroyed by the Romans in 70 C.E.

The drainage channel “was essentially a manmade tunnel,” according to the City of David, and was built underneath the Herodian Road. Its ceiling is made of the rectangular paving stones of the pilgrims’ road above.

Peace Now said it would hold a demonstration outside the event to protest of “turning Silwan into the messianic Disneyland of the far-right in Israel and the United States — several meters from the Al Aqsa Mosque and the Temple Mount.”