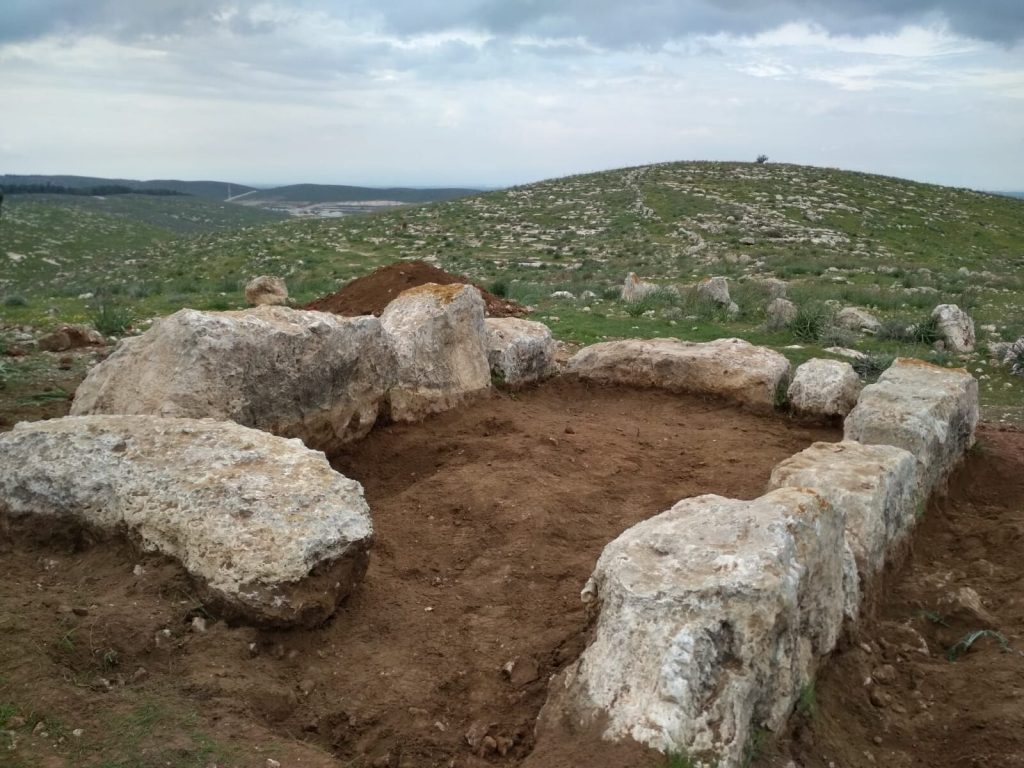 A watchtower believed to date from the time of King Chezkiah in the Bais Rishon was recently uncovered during archeological excavations by IDF soldiers, together with the Israel Antiquities Authority at a paratrooper’s base in the south of the country.

The tower, whose dimensions in antiquity are estimated to have been 15 feet x 10.5 feet, was erected at a high geographic site, and as such, was an observation point to the Chevron Mountains, the Judean plain and the Ashkelon vicinity. It was built of especially large stones, some 8 tons in weight, and its height today reaches around 6 feet.

According to Sa’ar Ganor and Valdik Lifshitz, excavation directors on behalf of the Israel Antiquities Authority, “the strategic location of the tower served as a lookout and warning point against the Philistine enemy, one of whose cities was Ashkelon.”

“In that period, the Kingdom of Judah built a range of towers and fortresses as points of communication, warning and signaling, to transmit messages and field intelligence. This tower is one of the observation points connecting the large cities in the area, located in the Beit Mirsim (Mirsham), Tel Eton and Tel Lachish sites. In ancient times, to transmit messages, beacons of smoke were lit during the day and beacons of fire at night.”

Guy Saly, director of the IDF Nature Defense Forces Project, states that about 150 recruits and commanders from the Paratroopers Brigade — including recruits from commando units — participated in the excavations, in an activity that lasted several months. Saly added that the project — established with the aim of leading commanders and soldiers to becoming responsible and actively involved in protecting nature, landscape and the heritage values of their surroundings — began in 2014 with eight projects. Today, as part of this project, sixty activity centers operate across the country.