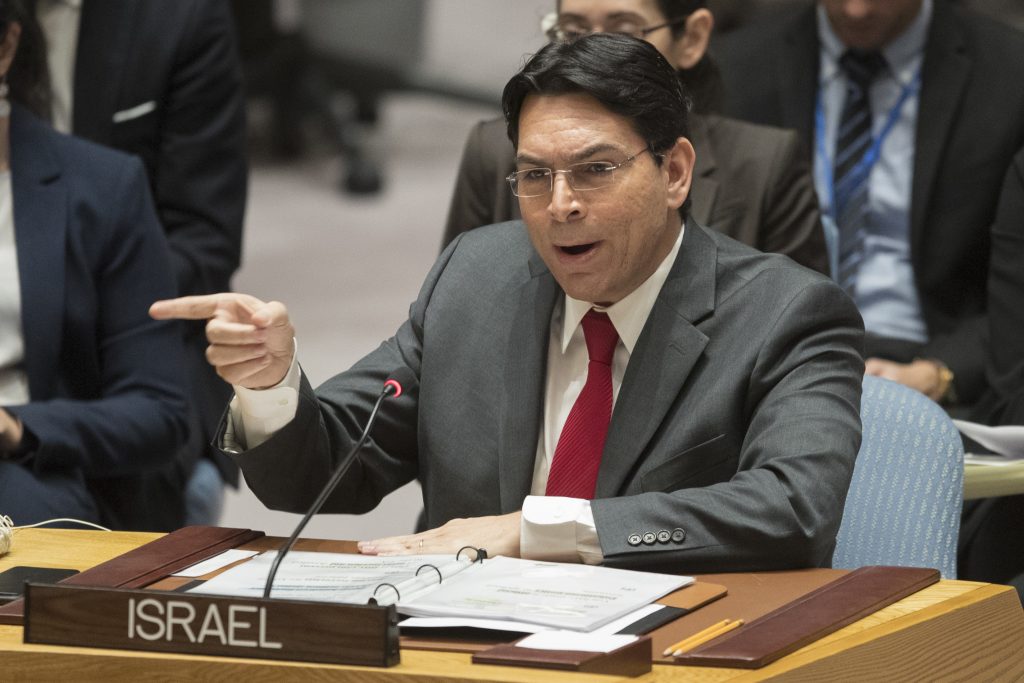 On Monday morning, the United Nations Security Council held a special session on the Middle East, focusing on the Israeli-Palestinian conflict.

At the beginning of his speech, Israel’s ambassador to the U.N., Danny Danon, replied to the previous challenge of the German ambassador, who currently serves as the president of the Security Council, as to what the rights of the State of Israel are in Yehudah and Shomron.

In his explanation, Ambassador Danon quoted the Torah, reviewed the historical events that led to the establishment of the State of Israel, and explained the rights conferred by international law and the U.N. Charter.

“Refusing to acknowledge the right of the Jewish people to self-determination in the Land of Israel keeps us from forging peace in the future. To blame the Jewish communities of Judea and Samaria for the lack of peace between Israelis and Palestinians would be a deliberate oversight of history at best,” Danon said.

Danon said that “Israel respects the efforts of the U.S. administration” to bring peace to the region, and presented some of the Israeli principles that underpin any significant political process:

“Recognizing the Jewish State of Israel, stopping the incitement campaign, maintaining Israel’s security interests and creating cooperation with neighboring countries; these principles can turn the political process into reality,” the ambassador said. “While the Palestinians continue to adhere to chronic refusal and claim that the Plan is dead, Israel is willing to work together for a better future for both sides.”

At the request of Ambassador Danon, the Council opened the debate with a moment of silence in memory of Lori Kaye, Hy”d, who was murdered at the Poway synagogue shooting.