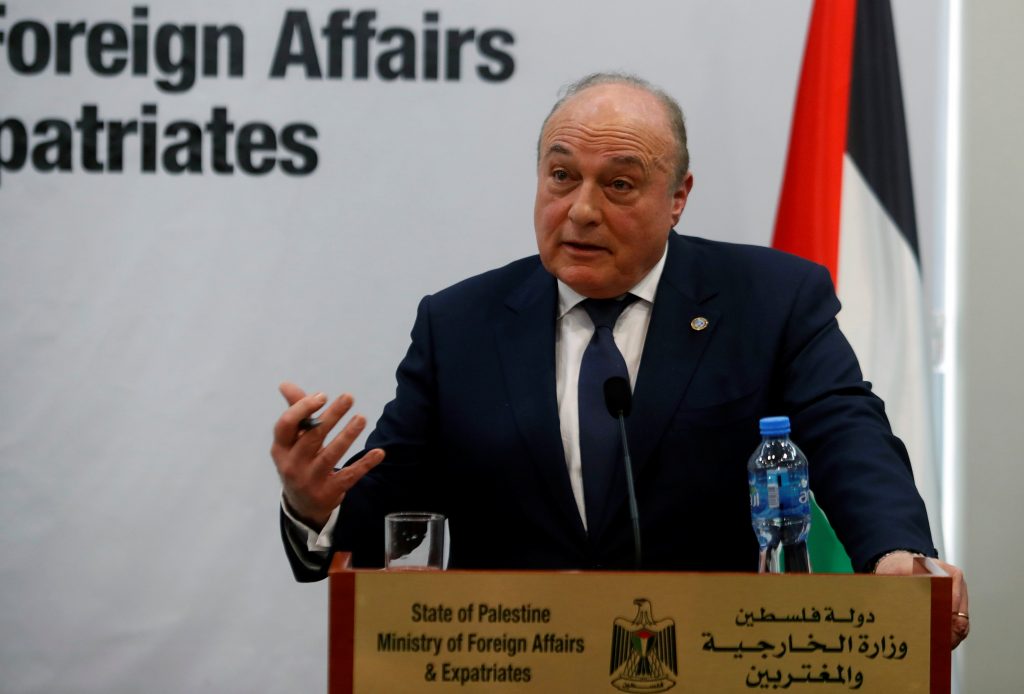 The Palestinian Authority is scaling back wages paid to its employees in response to a cash crunch deepened by a dispute with Israel over payments to families of terrorists in Israeli jails, it said on Sunday.

In February, Israel announced it was deducting five percent of the revenues it transfers monthly to the Palestinian Authority (PA) from tax collected on imports that reach Yehudah and Shomron and the Gaza Strip via Israeli ports.

Israel said the sum represented the amount the PA pays to families of Palestinians jailed in Israel or killed while carrying out attacks or other security offenses.

Palestinians claim the payments are of a humanitarian nature, but Israeli and U.S. officials say the stipends fan Palestinian violence and are scaled so relatives of prisoners serving longer sentences for more serious crimes receive larger payments.

After Israel’s deduction announcement, Palestinian Authority President Mahmoud Abbas said the PA would not accept any of the tax revenues, which totalled 700 million shekels ($193 million) in January and account for about half of the authority’s budget.

As a result, Palestinian Finance Minister Shukri Bishara said the PA would pay full salaries — which had been due on March 1 — only to its lowest-earning employees, or the 40 percent of its workforce that takes home 2,000 shekels ($550) or less a month.

Civil servants earning more than that, including cabinet ministers, will have their wages cut by half, he told a news conference.

However, Bishara said prisoners’ families will continue to be paid their full allocations.

“No force on earth can alter that,” he told a news conference.

Bishara said the PA will have to take bank loans of between $50 million to $60 million for the coming five to six months to weather the crisis.

An Israeli official, commenting on condition of anonymity, said the PA had a cash-flow problem as a result of U.S. cuts in aid to the Palestinians and the tax revenues dispute but that the situation would not spiral out of control.

“The nightmare scenario of the PA collapsing, or of PA security coordination with Israel ceasing, won’t happen,” the official said.

“No one, including us and the United States, would allow that. If need be, we’ll look for ways of preventing this.”

The U.S. has cut all aid to the Palestinians, including $360 million it used to give to the United Nations Relief and Works Agency (UNRWA) for Palestinian refugees. The cuts were widely seen as a bid by Washington to press the Palestinians to re-enter peace talks with Israel which collapsed in 2014.

The United States accused the Palestinians on Friday of manufacturing the crisis.

“It is entirely inappropriate to focus on Israel as the source of this crisis. It is the Palestinian Authority that has chosen to manufacture the current crisis,” Greenblatt told the 15-member council, according to U.N. diplomats in attendance.

The U.S. mission to the United Nations declined to comment on Greenblatt’s remarks.

According to diplomats, Greenblatt said the Palestinian payments to terrorists’ families “creates incentives for further acts of terrorism.” The United States passed legislation last year to reduce aid to the PA unless it stopped the payouts.

Greenblatt called on other council members to join the United States in urging the Palestinian Authority to end the payments, diplomats said.