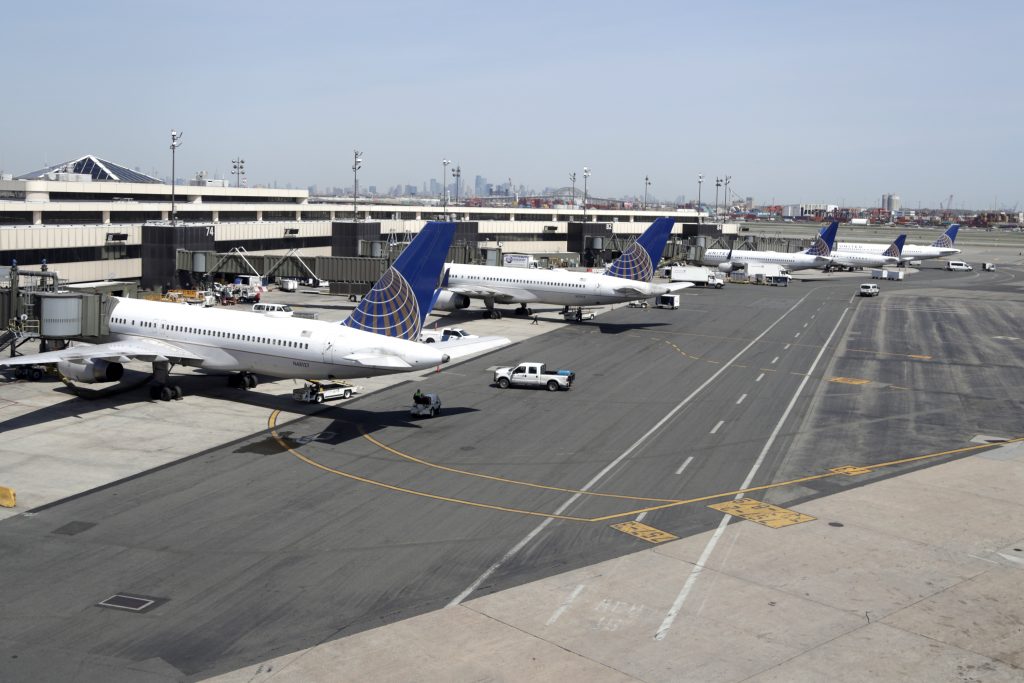 An Orthodox Jewish passenger was ejected from a United Airlines flight Thursday, the latest in a recent spate of incidents involving passengers alleging anti-Semitism by U.S. airline crews.

The man, who asked not to be identified, described what he deemed “outrageous treatment” in a telephone interview with Hamodia Sunday.

He says he, his brother, and two friends, all Vizhnitzer Chassidim from Antwerp, had flown from Brussels to New York for the first yahrtzeit of the Vizhnitzer Rebbe, Harav Mordechai Hager, zy”a, Wednesday. Their return flight, UA999, was scheduled to depart from Newark to Brussels at 6:55 p.m. Thursday.

The woman who checked them in at the gate gave him a seat near the back of the plane, while the other three were seated near the front of the economy cabin. Once they boarded, he says, he saw an empty seat near his friends, and asked a flight attendant if he could sit there. She replied that she’d have to go ask the head flight attendant, a man named Jason; returning, she said that Jason would not allow it, as it was an Economy Plus seat. So the man returned to his own seat in the rear.

Once boarding closed, the man saw empty seats near his friends, not in a Plus row, so he  asked the same flight attendant, and she granted him permission to sit there. As he was settling into the new seat, he says, Jason came running down the aisle, “full of hatred, with fire in his eyes.”

“I told you, you need to sit in your own seat, you’re not allowed to sit here,” Jason said.

The passenger returned to his seat, asking Jason, “What did I do so bad to deserve such treatment,” and looking at Jason’s badge to get his name. Jason did not respond.

Ten minutes later, a supervisor from the airport boarded the plane, and told the man he’d have to exit the aircraft.

“I asked why, and she said, ‘We will tell you once you get off.’ I did not protest at all. As we were passing toward the front of the plane, where my friends were, one them asked, ‘Why are you taking him off?’ Her answer was, ‘If you want, you can get off the flight, too.’”

Once the man was off the plane the supervisor told him that the captain had kicked him off the flight.

He was first offered a return flight Friday night, then one on Saturday night. But he insisted on being home before Shabbos; his children (as well as all of his Shabbos clothing) were waiting for him back home in Antwerp.

“Make him go through Brazil,” sneered the woman at the counter who had first checked him in.

“She said it with such hate,” the man told Hamodia.

He was finally placed on another flight that night to London, with a connection to Brussels. He arrived after 1:00 p.m. Friday. Despite having been assured multiple times that his suitcase would be there for him in Brussels, it had been left in Newark and wasn’t delivered to him until Sunday afternoon.

After the man left flight 999, the captain announced that the flight was delayed because a passenger had been ejected for misbehaving. “Though I was off the plane by then, this was very embarrassing for my brother and our friends,” he says.

His brother then decided to conduct an investigation on the plane: He went to the back of the plane and asked the passengers if the man had been misbehaving; they all said they had seen no misbehavior whatsoever. The flight attendant who had given the man permission to move up told the brother that she felt terrible about the incident, as she had indeed given him permission to change his seat.

The brother then asked to meet with Jason. He said Jason told him that the captain had insisted the passenger be ejected because earlier, in the airport, he had been banging the counter insisting on having his seat changed, and because he had been heard saying, “Once the flight is closed, I will do what I want.”

The man told Hamodia that both allegations are absolute falsehoods.

“In fact, they have cameras in the airport,” he says. “Let them check out the cameras and show where I was banging. That never happened. I never banged and never raised my voice at anyone.”

Why does the man believe he was subjected to such treatment?

“You know,” he says, “Every time I hear of stories about Jews being kicked off planes for various reasons, I am skeptical when they say it is anti-Semitism. But now that I have gone through this, I can’t see any other reasons why they would have acted this way toward me. Because I didn’t do anything wrong at all.

The man says he will be seeking compensation from United for his ordeal.

In response to a request for comment Sunday from Hamodia, a United spokesperson said that the airline “takes claims of discrimination seriously. We will reach out to this customer and to our crew members to fully understand what happened.”

There have been a host of incidents recently in which Orthodox Jews were ejected from or harassed on flights for what they say were baseless accusations by anti-Semitic flight crews. Last month, a Rabbi and his wife were forcibly removed from a United Airlines flight after a crew member said the wife was “nasty.” In January, a couple with a baby was ordered off an American Airlines flight to Detroit after a flight attendant said passengers had complained about their body odor. Also in January, a Boro Park family said their Spirit Airlines flight to Florida turned into a nightmare as they were harassed by anti-Semitic members of the flight crew, one of whom referred to them as “those retarded Jews.”