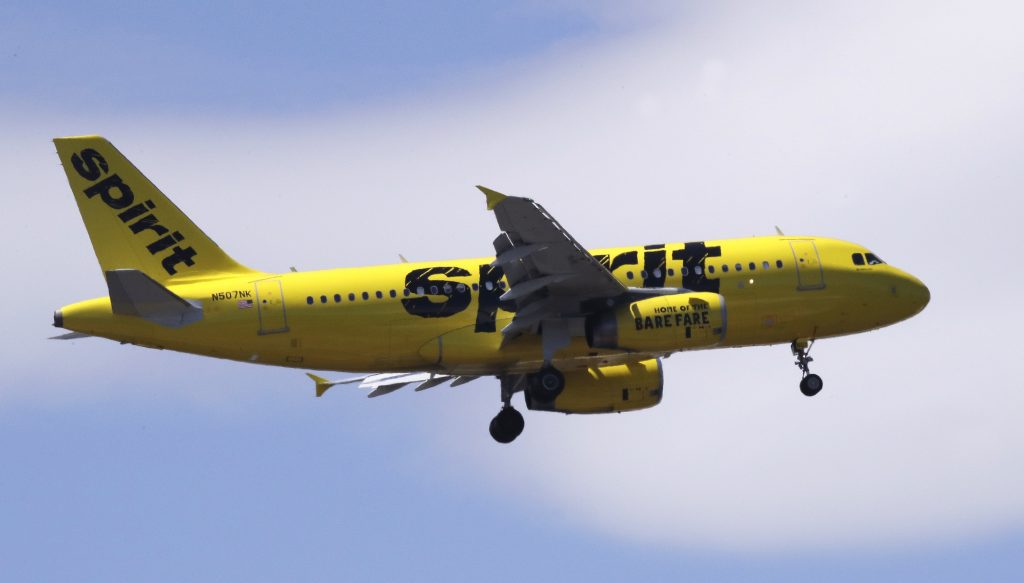 What was to be have been a pleasant winter vacation in Florida turned into “kind of a nightmare” for a Boro Park family, who say they were harassed by anti-Semitic members of the crew of a Spirit Airlines flight.

Upon arrival at the gate for their 6:00 a.m. flight Tuesday from Newark to Ft. Lauderdale, the wife, 26, and husband, 28, who spoke to Hamodia Thursday on condition of anonymity, confirmed with a Spirit supervisor at the gate that their FAA-approved Doona baby carriage, which folds into a car seat, could be brought onto the flight. But when they got to the door of the plane, they say, a flight attendant told them, “This carriage is not getting onto the plane.”

They told the attendant that the carriage had been approved by the gate supervisor; but the attendant replied, “I’m the manager of this plane, and I will decide whether you can take this on or not.” When they showed her the sticker on the carriage that it was FAA-approved, she relented.

When they boarded the plane and began setting up the car seat, several flight attendants passed by and said that the car seat would have to be placed by a window seat; the couple complied. But then, they say, the same attendant “manager” who had given them a hard time at the door suddenly came over and said, “We are not going to discuss this, I’m not going to argue about this; this car seat needs to get off the plane.”

“She was talking very loudly, almost screaming at us,” says the wife. “We did not argue.”

The manager called the gate supervisor to come onto the plane and remove the car seat to the checked baggage compartment.

When the supervisor entered the plane to remove the seat, says the wife, “my husband asked her, ‘Don’t you remember telling us this was OK?’ But she removed it without saying a word. It would have been helpful if they would have just given us an explanation.

“And as the supervisor left the plane, the manager hugged and kissed her, as if to say, ‘Thank you so much for doing my dirty work.’”

The couple asked the manager, whom they describe as a dark-skinned woman in her 30s, for her name, but say she refused to give it and covered her name tag.

The couple and their three daughters settled in for the flight. The wife sat in middle of a three-seat section, with a 3-year-old daughter on her left and the infant on her lap; on her right was an empty seat belonging to her 2-year-old daughter, who was in the lap of her husband across the aisle.

After the “fasten seat belts” sign was off, the husband, with the 2-year-old on his lap, moved across the aisle to sit near his wife, but another flight attendant came over and told him this was not permitted; five people may not sit in a three-seat section, as it has a maximum of four oxygen masks. The husband complied and moved across the aisle, but asked the flight attendant for his name.

“What is your last name?”

“I can say whatever I want. I’m going to have law enforcement waiting for you when the plane lands.”

Another Orthodox Jewish passenger on the plane, who was sitting several rows behind this couple, later told them that he heard Jose refer to them as “retarded Jews.”

The rest of the flight passed largely uneventfully, although the wife says that the crew walked by repeatedly giving the family dirty looks; when the husband walked to the back of the plane to go to the bathroom, a flight attendant told him that she’d had the crew call police to meet the plane.

“We didn’t really think anything was going to happen,” recalls the wife. “There was no reason for them to call.”

But when the plane landed, the pilot announced that no one could stand up until law enforcement came on the plane. As there had been no loud confrontations, none of the passengers knew what was going on; “They were all looking around and wondering what this was for,” says the wife. “Everyone was very annoyed.

“Finally after half an hour, two Spirit employees come on the plane along with two police officers, and say we need to come off with them. It was very embarrassing and traumatizing, having to go off a full plane escorted by police officers. My children were all crying.”

When they exited the plane, the two Spirit employees told the couple that flight attendants had written “notes” about them. What was in those notes, the couple asked?

“They just said they’re not really sure; that maybe we weren’t wearing seatbelts, which absolutely wasn’t true,” says the wife.

Finally, after another half hour, the couple says they were told by the airline employees, “We don’t want you flying with us. We are going to cancel the tickets and refund you. Find yourself another airline to fly back with.”

The couple had to book new, much more expensive, return tickets on another airline. That night, they called Spirit customer service.

“We were put on hold for 30 minutes,” says the wife. “When someone finally came on, they said the system was down and couldn’t access any information. They took our number and said they would call us back, but they never did.”

The couple then contacted Dov Hikind, the recently retired state Assemblyman in their district and a long-time fighter against anti-Semitism.

“What happened here is so incredibly outrageous, a family on the way to enjoy a vacation with their three daughters, being so mistreated; it’s beyond comprehension, it’s beyond belief,” Hikind told Hamodia. “And even more than that, the anti-Semitic remarks that were made by one of the flight attendants; that crosses every single line.”

In a statement to Hamodia, Derek Dombrowski, a media-relations representative for Spirit, said, “The safety of our Guests and crew is our top priority. Our records indicate that this Guest ignored flight and ground crew instructions multiple times, beginning with the boarding process and continuing through landing.

“While the Guests have not contacted us with any allegations of discrimination, we will now launch an investigation and take these matters very seriously. Spirit Airlines does not tolerate any form of discrimination. We are extremely proud of the diversity of our team and strive to provide exceptional service to all of our Guests.”

The wife says she believes they should be reimbursed for the flight, and that both the manager and Jose should be fired, “because I feel these were real anti-Semitic acts.”

“Our vacation turned into kind of a nightmare. I want the airline to be doing something about this anti-Semitism, not just to help me, but to prevent it from happening to other passengers in the future.”