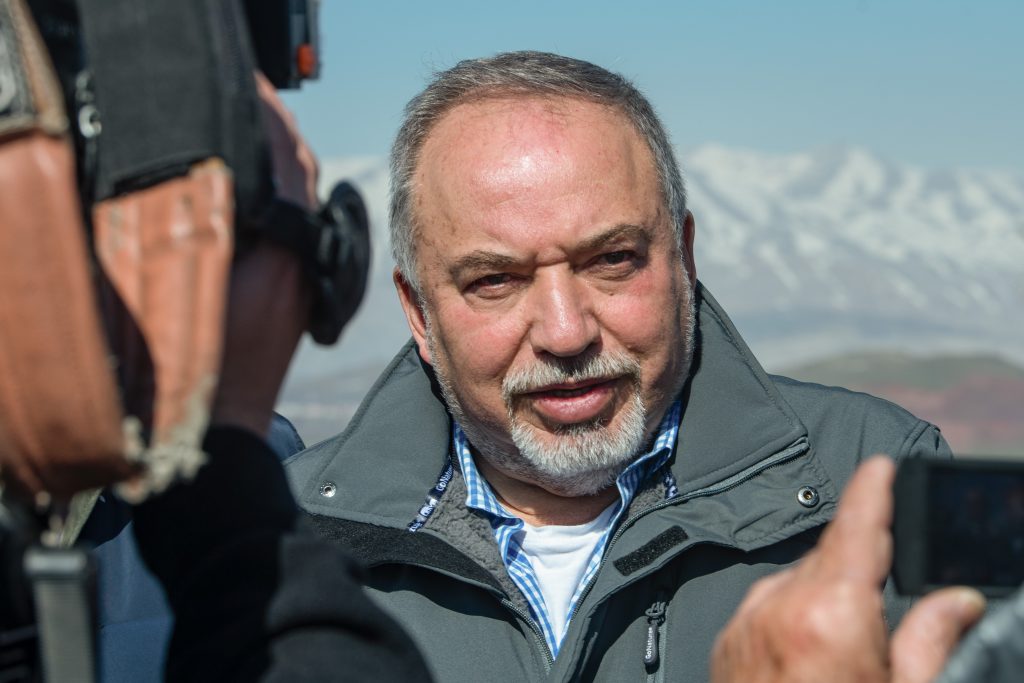 In an opening salvo, ads sponsored by Liberman’s party compared chareidim to Hamas terrorists and raised the traditionally anti-chareidi issue of army service.

Juxtaposing images of masked Hamas terrorists and chareidim setting fire to dumpsters, the campaign video’s message was: “It doesn’t matter if you surrender to those who raise weapons or those who refuse to raise weapons. Surrender is surrender.”

Another ad featured the inciteful line: “Stop transferring money to Hamas. Pass Liberman’s chareidi enlistment law,” and vowing that he won’t be cowed by the religious.

United Torah Judaism MK and Finance Committee Chairman Rabbi Moshe Gafni told Radio Kol Hai that Liberman’s “situation in the polls is bad, so he apparently decided the only thing he has left is to attack chareidim, that we’ll surely answer and that’ll give him more seats. We decided not to respond. In any case, his remarks aren’t gaining traction.”

“I don’t want him to pass the electoral threshold,” Rabbi Gafni added. “He isn’t worth anything and doesn’t know how to show gratitude for anything. We supported [Yerushalayim mayoral candidate Moshe] Lion when Liberman had an interest in his being elected. Why is he betraying us and attacking us and comparing us to Hamas?… He will continue dropping in the polls.”

Shas MK Yoav Ben-Tzur said that “Liberman crosses the lines of morality and is trying to base his political survival and last chance to be relevant on baseless hatred.”

However, for the most part the chareidi political leaders have not responded to the incitement.