Israel IDF: Rock Throwing Incidents in 2018 Drop By More Than Half
Israel 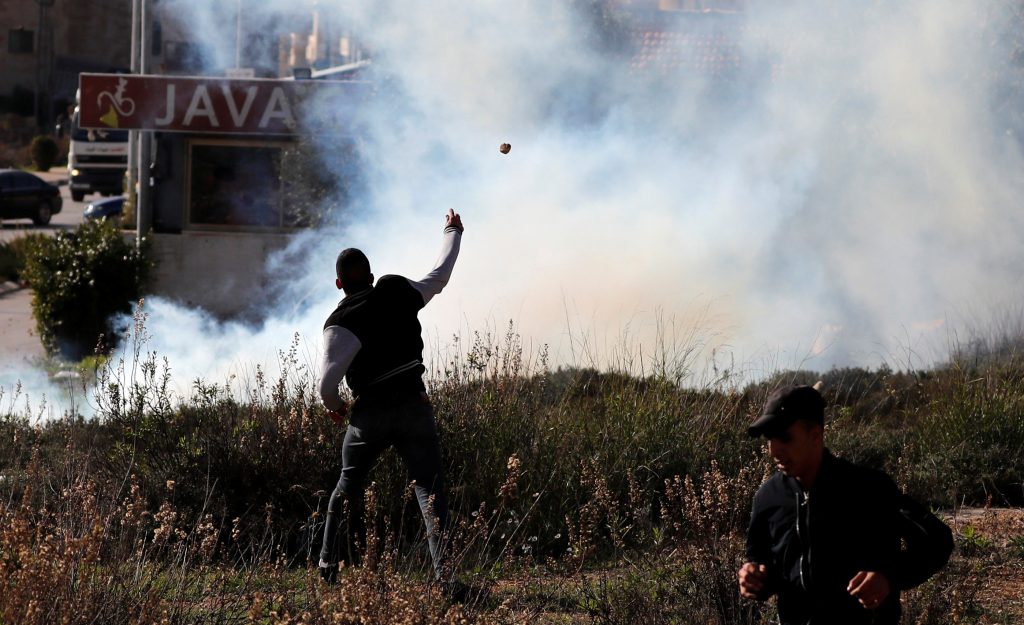 While many fear a resurgence of terror in Yehudah and Shomron, the number of reported rock throwing incidents in 2018 were less than half those reported in 2017, the IDF said in a roundup of its activities in the previous civilian year. A total of 2,057 such incidents were reported in the year just completed, compared to 5,082 in 2017.

There were also 893 firebomb-throwing incidents and 33 instances of terrorists opening fire at soldiers or civilians in 2018, numbers almost unchanged from 2017. With that, there was a significant rise in attempted stabbing attacks – from 5 in 2017 to 17 in 2018.

The Israeli Air Force conducted 2,000 sorties against enemy targets – most of them in Gaza – while Israeli military aircraft participated in 150 attempts to rescue hikers and other people in trouble, the IDF said.

The IDF conducted air exercises with 15 other countries. 37 foreign navies anchored in Israeli ports during the previous year.

In recent weeks, the issue of IDF preparedness for war has been in the news, with IDF Ombudsman Yitzchak Brik claiming that the army is unprepared for many security challenges. According to IDF figures, the army conducted 115 division exercises. Nine bases were refurbished from scratch, and three are currently being worked on. In addition, the IDF recently purchased 500 drones for use in battle, the army said.

Thirteen kilometers of border fence – rising to nine meters high – were built on the border with Syria and Lebanon this past year, including 2.5 kilometers on the Golan Heights. On the border with Jordan, the IDF built 4.5 meters of fence, at a height of 26 meters, most of it opposite the new Ramon Airport, set to open in the coming months. In Yehudah and Shomron, 50 kilometers of security fence were built, with 42 km built in the Yerushalayim area, the army said.