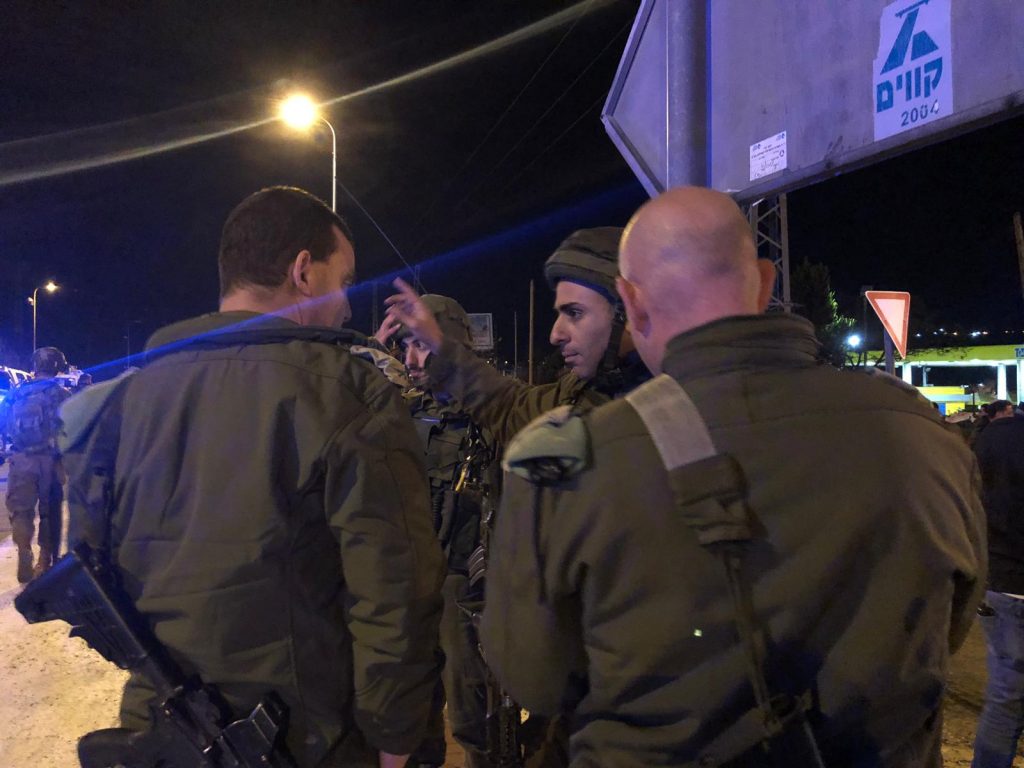 Seven people were wounded, one critically, in a drive-by terror shooting on Sunday night near the town of Ofra in the Binyamin district of the Shomron, on Highway 60.

The critically injured victim was an expectant mother; b’chasdei Shamayim, emergency surgery was performed and the baby was delivered.

Terrorists opened fire from a moving vehicle on Israelis gathered at a bus stop outside of the town of Ofra in the Binyamin district of Samaria, along Highway 60.

The public was asked to daven for a refuah shleimah for Shira Bat Liora, b’soch she’ar cholei Yisrael.

Amichai and Shira Ish-Ron were injured, the former lightly, the latter moderately to seriously.

The group had just 15 minutes before concluded a candle-lighting ceremony in memory of a car accident victim, at a bus station near the junction, according to Ynet.

At 21:25 MDA received a report of a shooting at the entrance of Ofra.

“We heard shooting and immediately ran to the Intensive Care Unit, we reached the scene and saw a 21-year-old female lying on the pavement, conscious with a gun shot wound, and a 21-year-old male with a number of gun shot wounds to his lower body,” said MDA EMT Benzi Glick and MDA Paramedic Betzalel Ben Hamu.

“We provided them with lifesaving medical treatment and evacuated them to hospital while stopping the bleeding, and giving them fluids and medications. The woman’s condition was critical and unstable and the man’s condition moderate and stable. Together with the IDF Medical team we treated an additional injured male in moderate condition.”