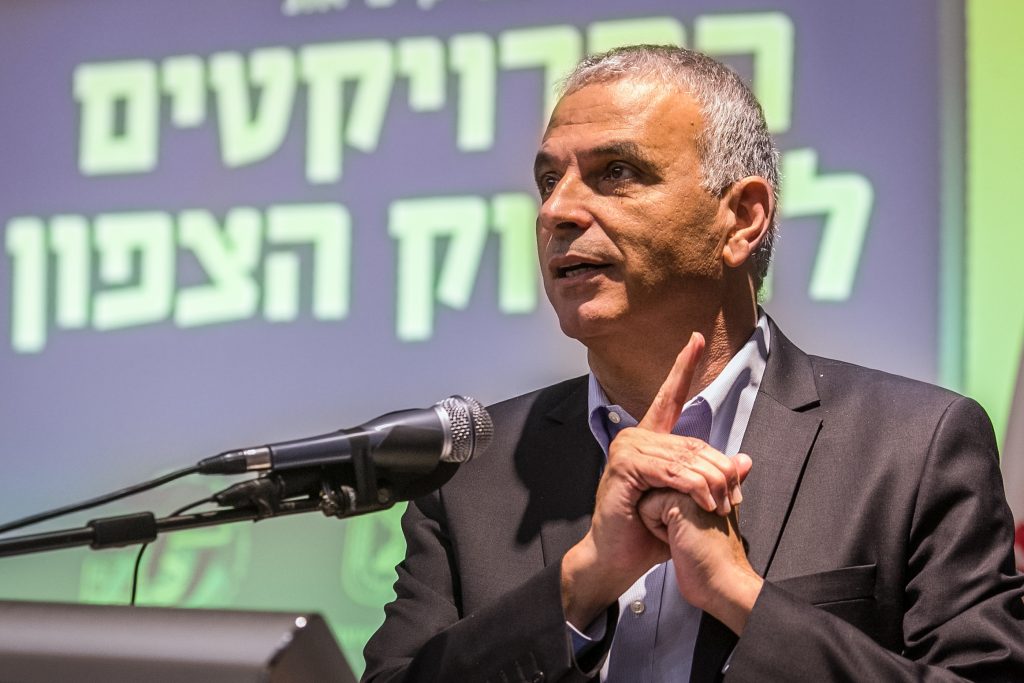 Until now, Culture Minister Miri Regev has had to go it alone in her campaign to halt government funding of cultural programs that she deems subversive of the state and its values.

But on Thursday, Finance Minister Moshe Kahlon joined Regev in submitting legislation that would authorize the government to withhold funding for “organizations that are working against the principles of the state,” according to a Channel 10 report.

Regev has been seeking Kahlon’s support since at least July, when she appealed to him to act on the issue.

“Do you want cultural institutions to become a political arena?” she said. “How long will you close your eyes…to anyone who does everything to undermine the image of the state of Israel as a cruel and racist occupation state?”

The Opposition, which has fought Regev on the matter from the beginning, denounced the proposal.

Opposition leader Tzipi Livni said the “demand for loyalty in art is another step in silencing expression and forcing culture to be a mouthpiece for the government.”

“Israel is strong enough for freedom in art and culture,” Livni added.

The proposal is slated to be brought before the Ministerial Committee for Legislation in late October when the Knesset convenes for the winter session.