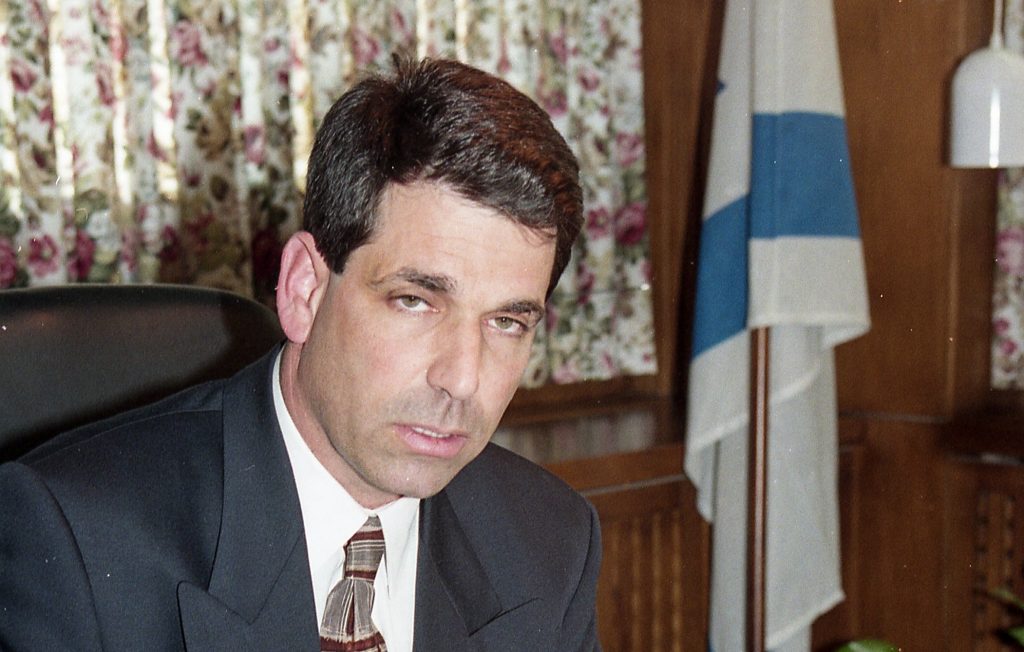 The Shin Bet held Gonen Segev under wraps for over a month – and a report in Yediot Acharonot describes the process and pains the agency went to in order to keep the fact of the detention of the former minister and MK accused of spying for Iran a secret.

Among the charges against Segev are spying on behalf of the enemy, providing information on sensitive Israeli sites, and other espionage-related charges. Segev had been living in Nigeria in recent years,and attempted to enter the country of Guinea, which refused him entry because of his criminal past. He was sent back to Israel by authorities there, and arrested upon his arrival at Ben Gurion airport.

Upon detention, Segev was taken to a secure Shin Bet facility, the report said. Keeping in mind the suicide of another spy – Ben Zygier, the former Mossad agent who later provided information to Hezbollah – officials kept Segev under very close watch. No one was informed of his presence, and his name did not appear in the protocols of the prison; he was referred to as Prisoner X. In addition, he was given a very short list of attorneys – who had been vetted for their willingness to remain quiet – from which to choose representation.

Several weeks ago, Segev was brought to court for an extension of his remand – and here, too, extensive preparations were taken to ensure that his identity did not get out. Security cameras in the hallway to the courtroom that Segev walked through were turned off, as were security cameras inside the classroom. Segev himself was dressed in a disguise, wearing a hat and phony glasses. The court secretary was also ordered out of the courtroom, and notes instead were taken by a Shin Bet agent on a laptop computer.

A report in Yisrael Hayom Tuesday said that Gonen cooperated with authorities, admitting that he had met with Iranian agents – but that he had no sensitive information to provide them with. He originally had claimed that he was supplying disinformation to the Iranians.

According to officials, Segev in 2012 had formed a relationship with officials at the Iranian Embassy in Nigeria, and he began work as an Iranian agent. He traveled to Iran twice, where he met his handlers. Officials said that Segev was aware of what he was involved in throughout the entire period.

He also met with his handlers on a regular basis outside of Iran, often in hotels or apartments in Europe. Segev provided his handlers with information about the Israeli electrical grid, security sites, the location of homes and offices of security officials, and other sensitive data.

In a statement, Segev’s attorneys said that “much of the information in the indictment against our client has not been authorized for publication. We can say, however, that while the initial details that have been released appear serious, they take on a different context when the indictment is looked upon in full.”