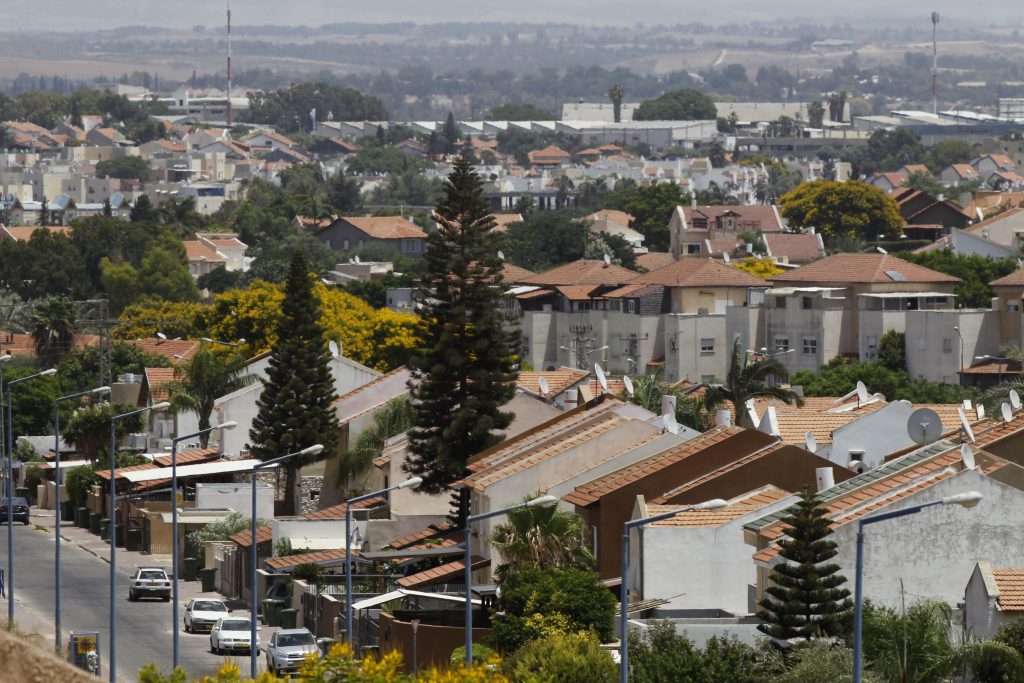 The “kite terror” that has plagued farmers along the Gaza border fence area has destroyed some 25,000 dunams of farmland and forests in recent months, but the effects of the Hamas terror campaign has gone far beyond fires in the fields, residents say. In interviews with Channel Ten, business owners say that the attacks have badly affected businesses, with customers from both within and outside the region staying away. “We have returned to the dark days of four or five years ago,” when Hamas lobbed thousands of missiles at southern Israel in the days before Operation Protective Edge, one business owner told Channel Ten.

Finance Minister Moshe Kahlon announced several weeks ago that farmers would be fully compensated for losses from the fires, but no one is compensating them for losses, business owners told Channel Ten. Shlomo Idan, owner of a toy store in a Sderot mall, said that “the army still hasn’t figured out [how] to deal with the kites and balloons, which come on a regular basis. No one has been killed or badly hurt, and that is of course the most important thing. But the attacks are having a terrible impact on our daily lives.”

Asi Bargel-Ouzan, who manages the mall, said that it was “sad to see the state treat us like fourth-class citizens. It’s nice that they call us the ‘defenders of the nation’ and the ‘pioneers,’ but no one is helping us. Sales in the mall are down 40 percent to 50 percent. People are afraid to come, they don’t want to leave their homes and endanger their lives. No war has been declared, but this is a war, without a doubt.”

Bargel-Ouzan called for the government to help business owners affected by the situation. “We have to find a way to help the owners, because people are not shopping due to the attacks. I would expect that at the least the government would suspend real estate (arnona) and other taxes for the duration. The state knows what needs to be done, and it has enough weapons in its economic arsenal to help. Business owners did get compensation in the wars of 2014 and 2011, so there’s no reason they shouldn’t get compensation now.”

Nir Shochat, a Sederot restaurant owner, told Channel Ten that business was way down, “and no one talks about compensating us. We show up and open for business, but that doesn’t mean that customers are prepared to come here.” He called on all Israelis to come and do their shopping in the Gaza border region, as a sign of solidarity. “We hope things will get better, but until then we need all Israelis to join and help us out.”