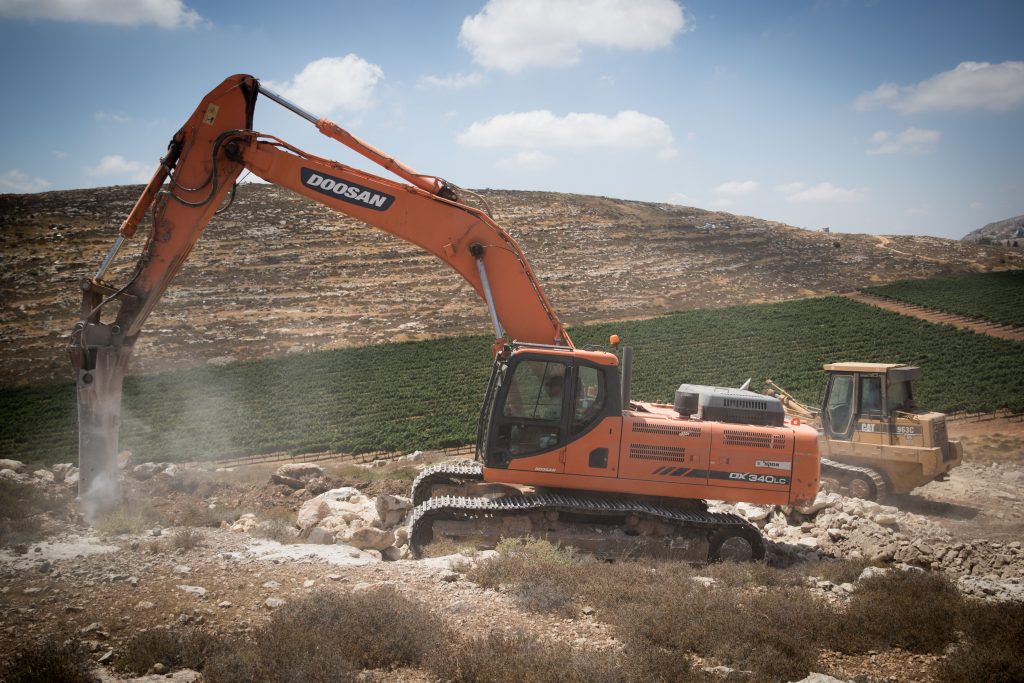 Amichai, the new home of former residents of the outpost of Amona, is ready for its residents, and an official inauguration of the community is set to take place on Monday evening. The residents, who were forcibly removed from their homes, have been living in temporary quarters – most of them in high school dormitory buildings – for the past 14 months.

Avichai Boron, chairperson of the Amona residents’ committee, said in a statement that “with thanks to Hashem for His endless good, we are looking forward eagerly to our entry into our new homes. On the eve of Pesach, we are now free to raise our families in our new homes, in the new town of Amichai, which we fought for with determination and faith.”

Amichai is near Shiloh, a bit further south from where Amona was located. The town will eventually have 1,100 homes, and all former residents of Amona will receive homes there.

The site chosen was the scene of numerous attempts to set up an unauthorized outpost – and as many attempts by police and the IDF to tear down the tents and temporary structures that spring up there occasionally. Considered a bastion of the “hilltop youth,” the site was frequently on the radar of police who sought to question activists about various “price tag” attacks. Infrastructure work at the site began last June, and after several starts and stops, was finally completed last month.

In 2006, the state forcibly evacuated residents from Amona. Then, police and officials of the Civil Administration evacuated and razed nine buildings, facing down 4,000 Israeli protesters in a traumatic operation that saw dozens of people, including three MKs, injured. Leading the country at that time was Ehud Olmert, who was acting prime minister after Ariel Sharon had a massive stroke in January. Both Sharon and Olmert, leaders of the Kadima party, had already shown their willingness to forcibly remove Jews from their homes a year earlier during the disengagement from Gaza and northern Shomrom – and were bitterly criticized for both moves by Binyamin Netanyahu, the current prime minister. The February 2017 evacuation did not engender the same protests, because of the government’s promise to build Amichai.