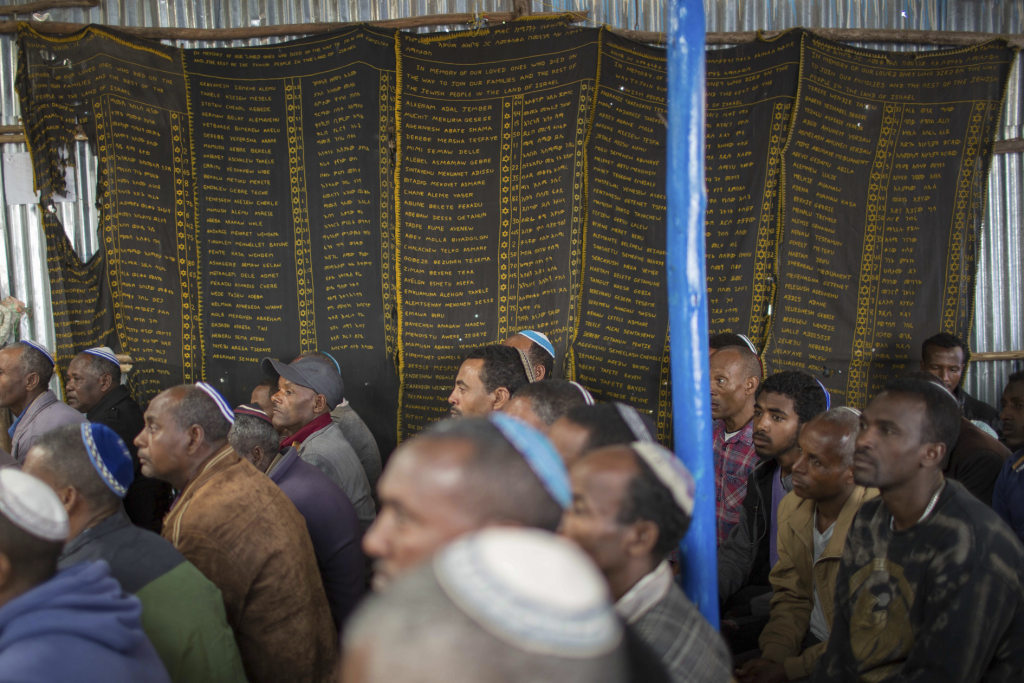 In an emotional gathering, representatives for thousands of Ethiopian Jews announced Wednesday they will stage a mass hunger strike if Israel eliminates funding to allow them to join their families in that country.

Hundreds met at a synagogue in Ethiopia’s capital, Addis Ababa, to express concern that Israel’s proposed budget removes the funding to help them immigrate to reunite with relatives. Many held photos of their loved ones.

Most of the nearly 8,000 Ethiopian Jews in the East African nation are said to have family members already in Israel. Some told The Associated Press they have been separated for well over a decade.

Activists say Israel’s government in 2015 pledged to bring the remaining Ethiopian Jews to Israel. In 1991 with Ethiopia in civil war, Israel carried out the dramatic Operation Solomon, successfully airlifting out some 14,500 Ethiopian Jews in less than two days.

“All of us here in Ethiopia are in a foreign land and suffering from acute poverty and hunger,” said Meles Sidisto, the community head of Ethiopian Jews in Addis Ababa. “Most of our family members are in Israel. Several of our brothers and sisters who took dangerous routes to meet their relatives in Israel have died during their journey.”

He said Addis Ababa’s community of Ethiopian Jews, which numbers around 800 households, will hold a hunger strike if the Israeli government doesn’t hear their plea.

“We have had enough here. What have we done wrong to suffer this much?” he said, bursting into tears and prompting others to cry out.

Ethiopian officials were not immediately available for comment on the issue of the Ethiopian Jews.