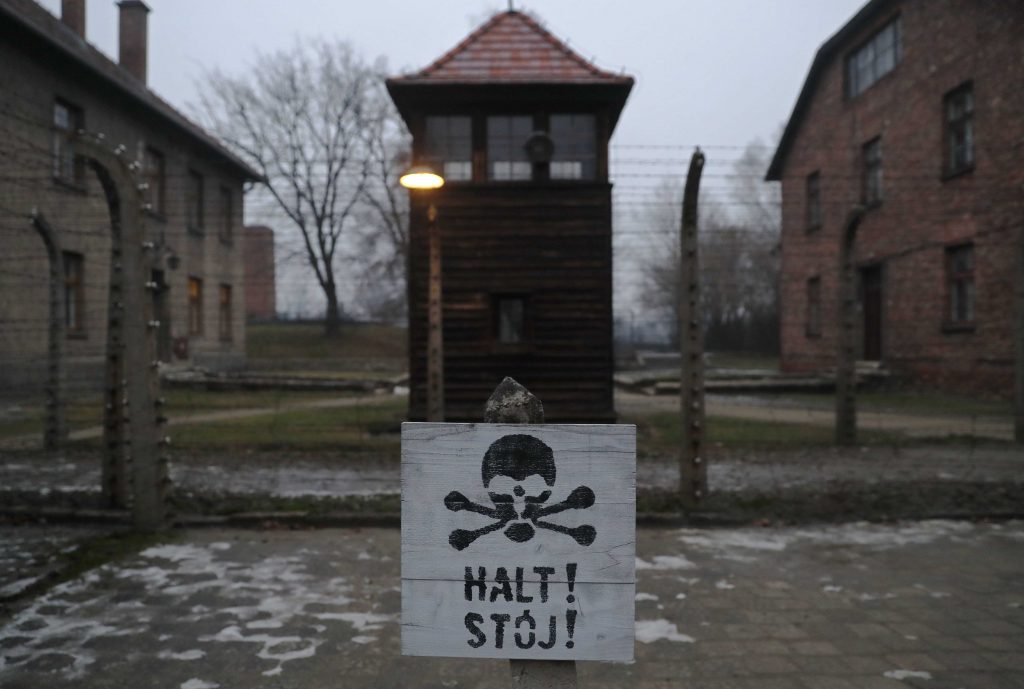 Responding to Israeli criticism of a new law that punishes those who claim that Poles were responsible for the deaths of Jews during the Holocaust, Polish head of state Mateusz Morawiecki responded Sunday by stressing that Poland itself suffered during the Holocaust, and that any death camps in Poland were placed there and run by the Nazis.

In a social media post, Morawiecki wrote that “Auschwitz is the most bitter lesson on how evil ideologies can lead to hell on earth. Jews, Poles and all victims should be guardians of the memory of all who were murdered by German Nazis. Auschwitz-Birkenau is not a Polish name, and Arbeit Macht Frei is not a Polish phrase,” he wrote, referring to the sign in German – “Work will set you free” – above the front gate of Auschwitz.

The new law passed by the lower house of the Polish parliament Friday continued to raise the ire of Israelis over the weekend. The law forbids the use of the term “Polish death camps,” or discussing or implying that Poland had a role in murdering Jews during the Holocaust. According to the Poles, they, too, were victims of the Nazis. Violators of the law, whether Polish citizens or foreigners, are subject to fines or imprisonment of up to three years.

In a statement, Prime Minister Binyamin Netanyahu’s office said that “the law is baseless; I strongly oppose it. One cannot change history and the Holocaust cannot be denied. I have instructed the Israeli ambassador to Poland to meet with the Polish prime minister on Motzoei Shabbos and express Israel’s strong opposition to the law.” Netanyahu will also be calling in the Polish ambassador to Israel for discussions, his office said.

President Reuven Rivlin made similar comments. “You cannot falsify history, you cannot rewrite it, and you cannot hide the truth. Each crime, each sin, needs to be condemned, they need to be examined and brought to light,” Rivlin said. “Among the Poles there were some who aided the Nazis.”