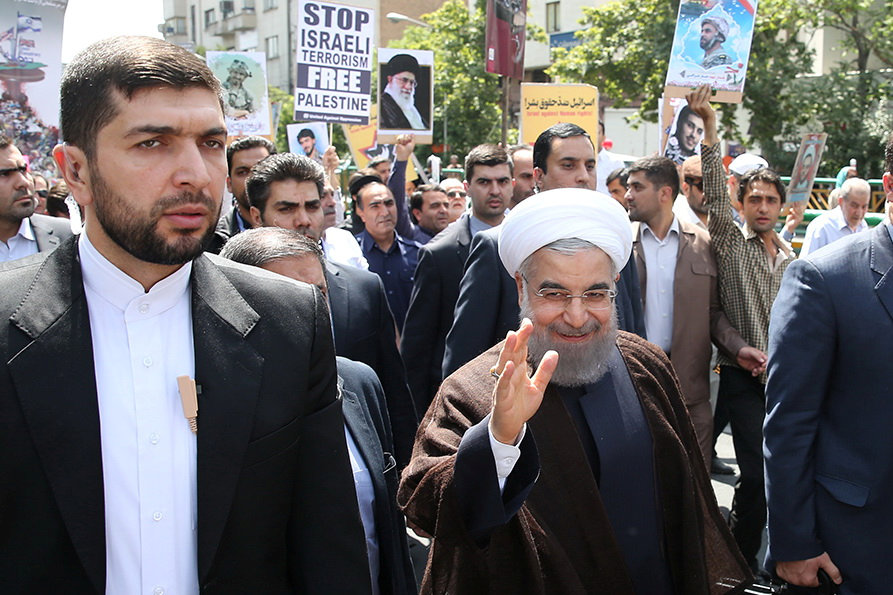 Despite their differences, Israel and the Palestinian Authority maintain extensive cooperation on a number of issues — especially on keeping Iran away. Speaking to Yisrael Hayom, PA sources said that the ties on this matter were “very close, but very low-key. This kind of cooperation is in the interests of both sides, so there is great motivation to act in tandem,” the report quoted the sources as saying.

The report came in the wake of revelations by the Shin Bet that an Iranian-backed terror cell had been operating in the Chevron area. According to the Shin Bet, Muhammad Mahamara, the leader of the terror cell, was recruited to the gang by a cousin, Bachar Mahamara, also a resident of Chevron, who had lived for a number of years in South Africa. Investigations by Israeli officials indicated that Iran had been using South Africa as a recruitment base for Israeli and PA Arabs in order to organize terror cells in Israel. Bachar Mahamara, who was also arrested as part of the operation, admitted that he had been acting on behalf of Iranian intelligence, and told investigators that he had spent a great deal of time and effort in recruiting Arab residents of Palestinian Authority-held areas for terror activities, to be funded by Iran. The two Mahamaras, along with two other suspects, were arrested and are now in Israeli custody.

According to the report, Iran has attempted to wheedle its way into PA institutions, with an eye towards taking them over — and as such, Authority officials see Iran as a “clear and present danger” to their regime. The PA sees halting this Iranian incursion as “do or die,” and is willing to do a great deal in order to prevent it — including cooperating with Israel.

The PA sources told the newspaper that Iranian infiltration efforts have grown significantly in recent months. Iran is using its forces on the Golan Heights to reach out to Druze and Arabs on the Golan, hoping to capitalize on their contacts in the PA, and groups working with Iran are also ensconced on the border between Syria and Jordan, where they are also reaching out to PA Arabs via Palestinian and Syrian refugees who are camped there. The sources said that the PA in recent months has conducted a series of arrests and crackdowns on pro-Iranian groups in PA-controlled areas.