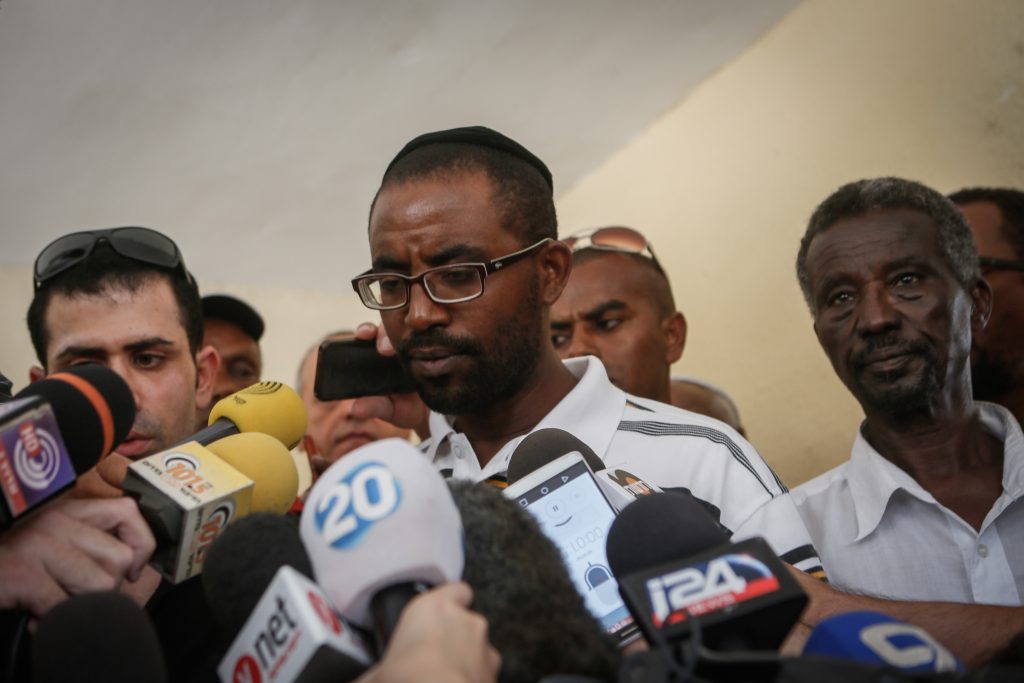 The family of Avraham “Avera” Mengistu, an Israeli citizen held captive by Hamas terrorists for three years, appealed in person to the United Nations on Monday to intervene on their behalf, The Jerusalem Post reported.

Ilan Gashao Mengistu, the brother of the captive, came with their mother to the international headquarters in New York to ask for their help on humanitarian grounds.

“The Hamas terrorist organization in Gaza is toying with the life of a mentally disabled civilian,” said Mengistu of his brother. “They are playing a cynical and cruel game with the life of a man who has never harmed a soul. I have a brother – he is helpless – and he needs your help. Look at my mother. She is a mother like all other mothers, and she deserves to know the fate of her son,” Mengistu said.

Israel’s Ambassador to the United Nations Danny Danon met with Mengistu’s parents at the U.N. on Monday.

“All those who demand an end to the humanitarian plight for the residents of Gaza must also demand the immediate release of all Israelis held by Hamas,” Danon said.

Not only Mengistu, but all the Palestinians of Gaza are being held hostage by Hamas, Danon charged.

“Instead of providing education and healthcare, Hamas is digging terror tunnels and building rockets while denying their people the chance for a good life. Let me be clear. Israel will not rest until all of our citizens return home,” he said.

Avraham “Avera” Mengistu is believed to have crossed the border into Gaza on his own three years ago where he fell into the hands of Hamas terrorists.