Israel Netanyahu Moderates Iran Policy in Meeting With May
Israel 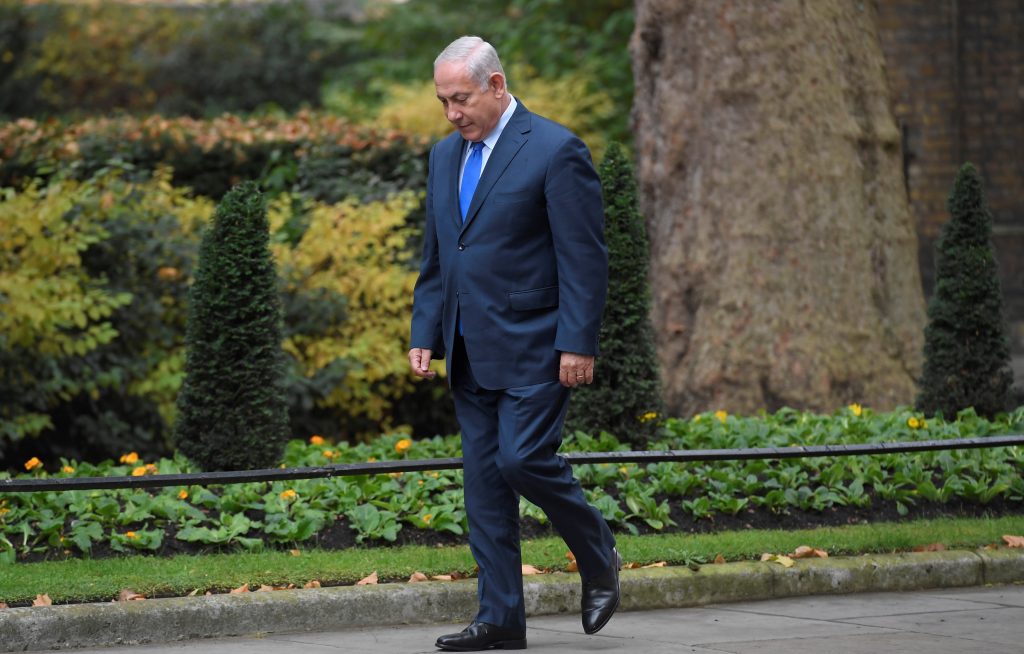 “The goal that I have in mind is not keeping or eliminating the deal. It’s improving the deal and correcting its main flaws.”

Netanyahu is in London for the centenary of the Balfour Declaration and met with May at 10 Downing Street, her official residence, ahead of a state dinner on Thursday night.

May and Netanyahu politely disagreed about how best to contain Iran.

At the start of their meeting, May stated that she remained committed to the Joint Comprehensive Plan of Action (JCPA), the formal name of the Iran deal of 2013, which Netanyahu vigorously opposed from the outset.

Netanyahu responded that the only way to sustain the JCPA is to fix it to ensure that Iran won’t become a nuclear power.

“I think that those who want to keep the deal should cooperate in correcting the deal. I have some concrete ideas which I look forward to discussing with you,” Netanyahu told May.

In his remarks to the press, Netanyahu addressed the Palestinian issue:

During their meeting, the British leader pressed Britain’s view of the issue.

“They discussed the need to overcome obstacles to peace, with the prime minister noting our grave concerns about illegal settlements,” a spokesman from May’s office said in a statement.

“The prime ministers also discussed the fact settlements are not the only obstacle and that the people of Israel deserve to live free from the scourge of terrorism and anti-Semitic incitement.”

The Palestinians have been protesting the centenary celebration, claiming that it was a disaster for them. The Palestinian Authority again this week demanded that the British apologize for the Balfour Declaration, which they have refused to do.

On the contrary, at the dinner on Thursday night, May is expected to talk about the pride she feels in her country’s historic role in encouraging the return of the Jewish people to the land of Israel.

A preview of her remarks indicated that she would address the issue of anti-Semitism, especially in the context of anti-Israel bias.

“Today [there prevails] a new and pernicious form of antisemitism which uses criticism of the actions of the Israeli government as a despicable justification for questioning the very right of Israel to exist,” she will say, according to an excerpt made available to the British media.

“This is abhorrent and we will not stand for it,” May’s speech continues.

“Put simply, there can be no excuses for any kind of hatred towards the Jewish people. There never have been — and there never will be,” she will say.

Meanwhile, Palestinians were continuing to express their displeasure with the Balfour commemorations, both in Israel and Britain.

Marches drawing about 1,000 to 3,000 demonstrators, were held in Ramallah, Shechem and in Gaza, a modest turnout for political protests in those areas. Protesters waved Palestinian flags and held banners demanding Britain rectify its “historical sin,” Reuters reported.