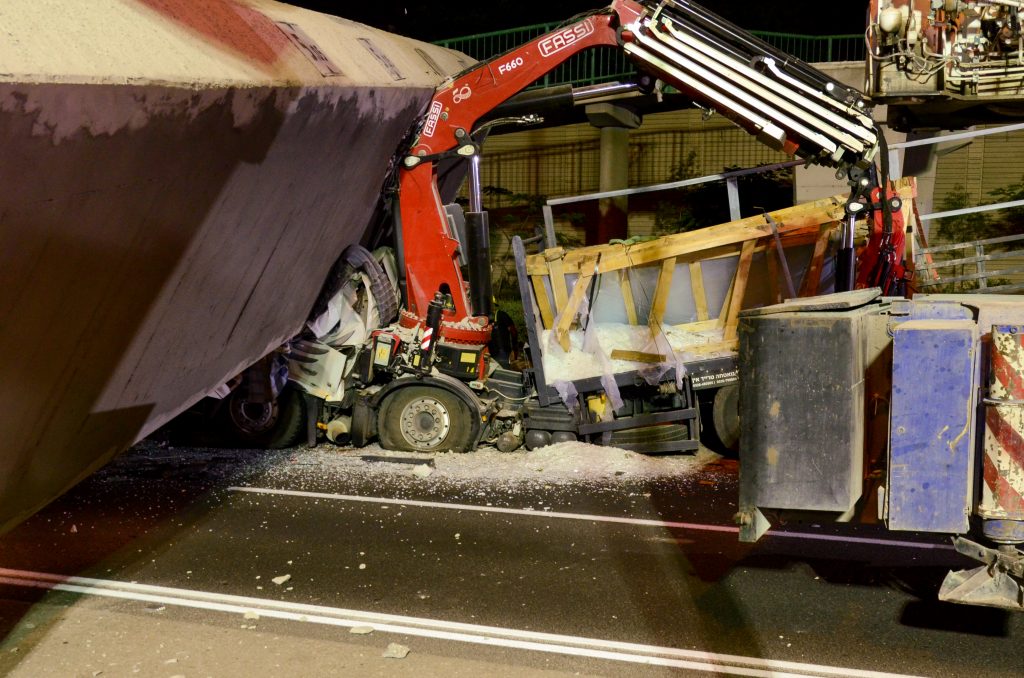 Thousands of drivers found themselves stuck in “the mother of all traffic jams” when a pedestrian bridge on Road 4 collapsed Monday night, smack in the middle of rush hour – and with the bridge collapsing on a portion of the road where there were no exits, drivers had no choice but to wait until police figured out ways around the mess that had ensued when the Coca Cola Bridge came tumbling down, completely blocking both sides of the three lane highway.

Things could have been worse; the fact that the collapse occurred right next to Bnei Brak, a community replete with chessed groups, meant that while drivers had to wait, they didn’t have to wait alone. Within minutes of the crash, rescue groups like Ichud Hatzalah, Zaka and others were on the scene to see how they could lend a hand. But for most drivers, the most noteworthy group was one called Yedidim (Friends), a chessed group that dedicates itself strictly to helping drivers who are stuck on the roads.

A national group with volunteers from all sectors, Yedidim has an especially large presence in the religious communities of Bnei Brak and Givat Shmuel, the two communities that the Coca Cola Bridge connects. On the scene was Yisrael Almasi, chairman of the group’s central district organization, who told NRG that the group “distributed thousands of liters of water, which we began organizing when we realized the extent of the emergency. Our volunteers grabbed bicycles and went out to the highway to provide refreshments for the drivers,” who were stuck in a traffic jam with the thermometer hovering in the area of 90 degrees Fahrenheit.

“We also brought drinks for the rescue workers, the number of which had grown to hundreds.”

The situation was difficult for everyone – rescue workers, drivers and volunteers. “It was very hot and humid, and the heavy equipment being used at the scene to clean up the road made things feel even hotter. We gave out about 2,000 bottles, and when we ran out we went to local stores to buy more water and distributed that as well. We also helped some rescue vehicles change their batteries,” said Almasi, the kind of work, along with changing flat tires and helping stranded motorists get their vehicles started, is more in line with the regular work the organization does, he added.