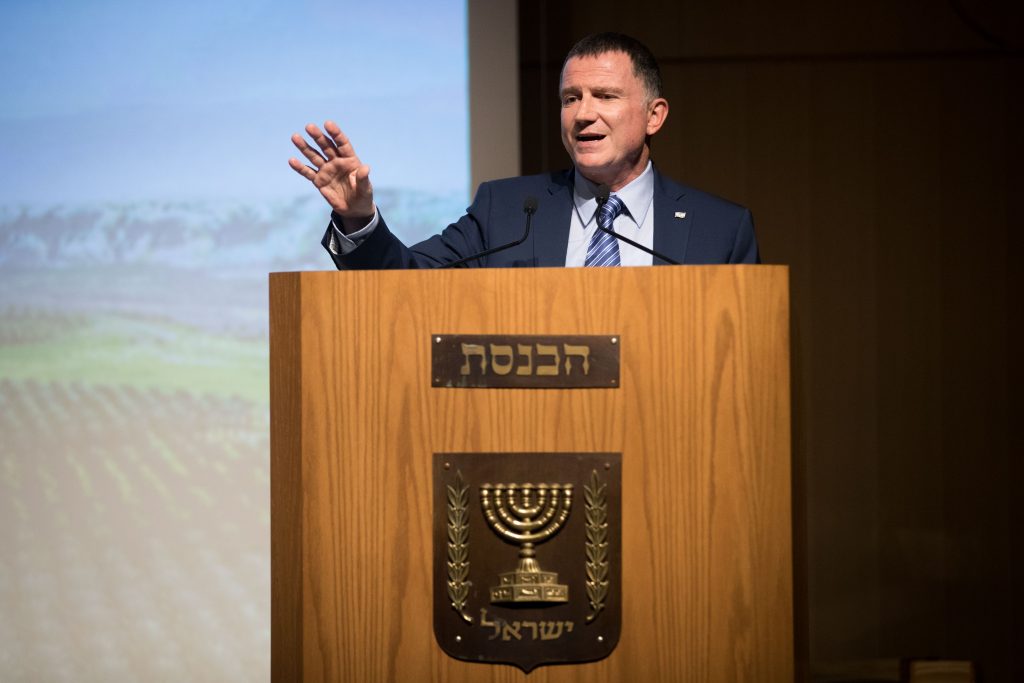 In a historic first, Knesset Speaker Yuli Edelstein (Likud) will deliver a speech in the upper house of the Russian Parliament this week, the first Israeli official ever to do so, The Jerusalem Post reported on Monday.

A former Prisoner of Zion in the Soviet Union, Edelstein will lead a Knesset delegation to the land of his birth where they will meet with Russian Foreign Minister Sergei Lavrov, speaker of the Federation Council Valentina Matviyenko, and the chairman of the Duma, the lower house of the Russian Parliament, Vyacheslav Volodin, and Russian Jewish community leaders.

“This is a special trip, and there is great excitement about it,” Edelstein said Monday. “The goal is to further develop the excellent ties between our countries, especially the connections between the Knesset and the Russian Parliament. They’re better than ever, with excellent cooperation in different areas and deep friendship.”
On a personal note, Edelstein added that he “can’t ignore the symbolism, which just a few years ago could have seemed like a mirage, that someone who was a prisoner in the Soviet Union would stand on the stage of the parliament in Moscow and speak in Hebrew as the Speaker of the Israeli Knesset.” He plans to begin his remarks to the Federation Council in Hebrew, and then continue in Russian, on Wednesday.

Edelstein’s itinerary includes a tour of his past, where he lived when, as an underground Hebrew teacher, he was arrested on phony drug charges; the court in which he was convicted; and the Butyrka Prison, the transit jail he was sent to before the gulag.