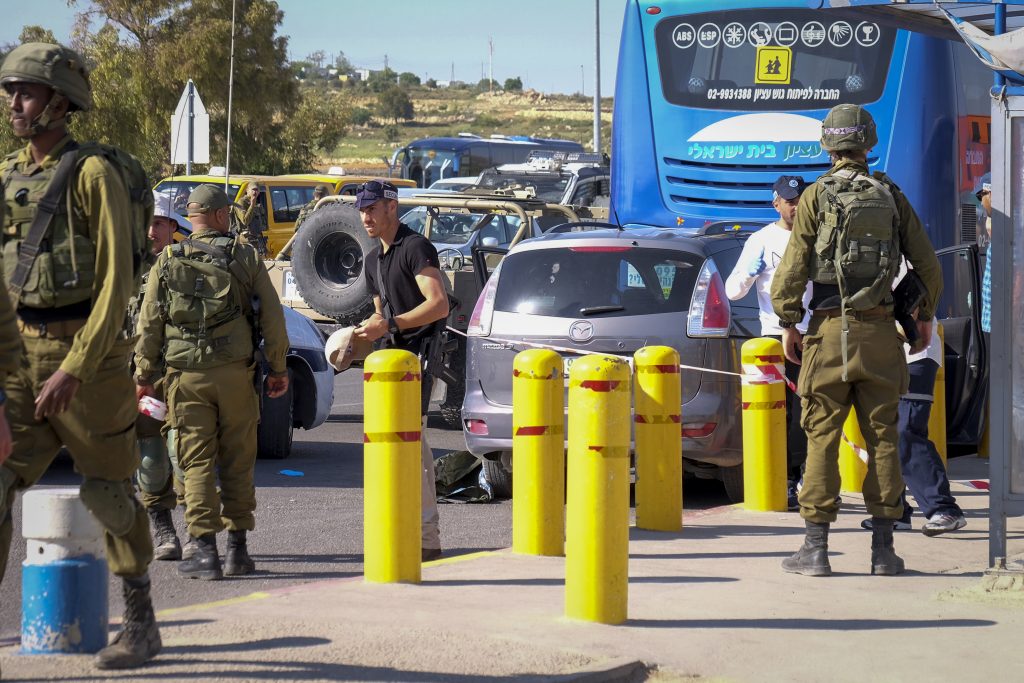 An Israeli man about 60 years of age was wounded in a car-ramming attack near the Gush Etzion Junction late Wednesday afternoon.

The Palestinian terrorist behind the wheel was shot and killed by IDF troops who were on the scene, a military spokesperson said.

United Hatzalah president Eli Beer said: “Our volunteers, including EMTs, paramedics and doctors who live in the area, dropped whatever it was they were doing and responded to this attack.”

Yossi Hess, a senior EMT, related: “When I arrived at the scene I saw one person suffering from a head wound. The person was fully conscious and was able to respond to questions when prompted. Together with other EMS personnel, I helped treat the injured person before he was transported to the hospital.”

The assailant was Sahib Mousa Mashahrah, 21, from nearby al-Sawahreh, according to the Palestinian Maan news agency.